GROWING UP IN LOUISA: Palm Sunday

When I was growing up, this season meant a time of a new beginning. By this time winter had done its worst and a hint of spring was in the air. The whole earth seemed to be refreshing itself. Everything was brand-new. Leaves were coming out on trees and blooming flowers were popping out of the ground all around. Early bloomers would soon enough be joined by a chorus of color, mostly pink and white. Redbuds, almonds, cherries, and pears, brighten up yards. Daffodils, tulips, azaleas, forsythia, and other flowers were waiting their turn.

Even we humanoids would drop those cold weather corduroys and put on new ‘church-going’ spring outfits. Pastel dresses and patent leather shoes excited little girls when they posed for pictures for the family photographer. For some willing to spend the extra money there was color film instead of the normal black and white. 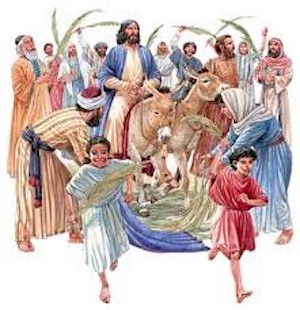 Even prior to grade school I had been taught why Palm Sunday was special. We were celebrating through remembrance of that time so long ago when Jesus rode into the city on a donkey to the cheers of great crowds. Proclaiming him as ‘King,’ most missed the point. He is the King of Kings but did not come to overthrow Rome. He was there to represent us by his death and resurrection. It was as if I was there, but somehow wiser than others. Time has proven to me that I was no better than those people and I deserved the punishment Christ would take on my behalf.

To a little kid my attention was on next week’s big Easter basket that my mom filled with the green cellophane grass and loose jelly beans. There was a chocolate bunny in there, too. The ears wouldn’t last long. I liked the solid bunnies better, but most were hollow. They tasted great. There were also some marshmallow rabbits, and chocolate eggs wrapped in foil. I remember peeling the foil off those candies and molding a little ball which I used like a toy ball.

This next week I made Easter eggs in the kitchen with my mom. I can remember the smell of vinegar that was in the bowls that held different colors for dipping. We had stickers for some and a wax pencil to write on others before dipping them. We’d take the eggs and hide them around the house. Sometimes we’d do it outdoors in weeds, trees, crevasses or lawn furniture, but they would be hidden inside sometimes, as well. I remember finding some behind seat cushions well after Easter. After Easter, we made deviled eggs out of some, or egg salad. 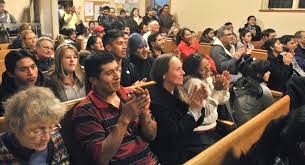 For reasons I would only understand later in life, the church was full on Easter Sunday. The choir sang a cantata of some kind and every pew in the church would be full; even the loft. The preacher would tell the age-old story of how Christ had arisen. Everyone was so happy and so was I. It would be a few years before I began to see what I understand better every year. The Hosanna’s of Palm Sunday were nothing compared to Christ’s victory over death. That is the hope of all Christendom in which we rest. We have faith that there is victory over death.

Palm Sunday was like a notice that we had the week to prepare for Easter. Around town, just as all around the world, families walked downtown as if we were in New York, enjoying the Park Avenue Easter Parade. Getting our Easter outfits together was an adult problem since there would be some out-of-pocket costs and for many some hard work. Sewing machines were humming as mother or grandmother pieced together matching garments for the siblings. Yes, on Easter Sunday patent leather shoes had to sparkle. I remember the hats for the ladies’ heads, had some netting, like a veil, and were covered in flowers. Some years they were large hats and others were less so, depending on the styles, I suppose. White gloves were worn by the ladies. These were something that were sometimes worn even when just going downtown. Sadly, we’ve seen that change. My generation wouldn’t even think of wearing blue jeans and having curlers in their hair in public. Oh, well. 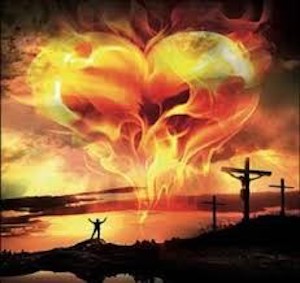 In those days Easter wasn’t forbidden in school so we usually had school programs where we reenacted or retold the biblical lessons. The Monday right after Easter most of us wore our Easter outfits to school to show off. Still, for those that survived, they had to come off the minute we got home.

It’s a funny thing when you think about it. The Bible encourages throughout its pages the idea of remembering. Sometimes it’s events like Passover, or the Lord’s Supper. It is fitting that we remember the resurrection every year, but to true believers we ought to celebrate the resurrection every day. That is the promise of Easter and the foundation of our faith.

Lawrence County Court Docket for the week of March 22-26