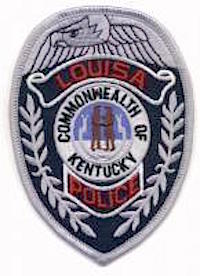 LOUISA — While answering a call for assistance at the Louisa Walmart Sergeant Wilburn of the Louisa Police Department was alerted that a male (later identified as  47 year old Ale Keith from Mallie Ky) was attempting to take items from the store without paying. Keith ran from police; jumped into the back seat of a vehicle and fled running multiple stop signs and a red light.

Ale Keith was charged with a class D felony theft by unlawful taking over 500$, misdemeanor fleeing or evading 2nd degree on foot and served with several outstanding warrants for his arrest.

A large plastic tote was located inside the vehicle that contained multiple items including a large quantity of beef jerky. The total of the stolen items was greater than 500$.