GROWING UP IN LOUISA: What a winter!

Besides having to deal with all kinds of restrictions, due to the pandemic, a wild election year, the loss of friends or family, disrupted travel, no large social gatherings including restaurants and even church services, the inability to visit the sick, and then on top of that we’ve had rain, rain, and rain. In cooler climates it was snow, snow, snow. As if that wasn’t enough it was followed with flooding! The Midwest and South has felt tornados, and then even the people seem to be at unrest. I would wish none of this negative stuff on anyone, but as they say, “It rains on the just and the unjust alike.” Indeed. My ducks are happy but the chickens not so much. 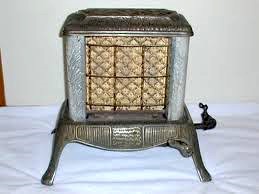 Before the use of storm windows and real insulation winters could take a real bite out of our personal comfort. I was a youngster and wishing I could go play outside, but when it turned cold I was housebound. I remember trying to snuggle against others to share their body heat. Each room had a small gas stove that was installed in fireplaces around our big old frigid house. While most rooms had gas heaters, none of them were very large and weren’t much of a help. They simply just never heated the room. A person standing with their back in front of the stove could get temporary relief from the cold on one side at a time. I remember feeling as if I were a pig on a spit. I never got warm, let alone cooked. With luck, one side of my body got warm, I learned from overhearing adult conversations that we must be concerned about the safety of the gas fumes. Whole families had died because of fumes.

I remember slight head-aches from the possible gas fumes but there were additional warnings of having a robe catch fire if we backed a little too near to the open flames. We also heard stories where local ladies died from severe burns when their nightgowns ignited. Fabrics finally underwent some chemical treatments to make them ‘fire resistant,’ and the newer synthetic materials tended to melt if gotten hot. Melted materials burned the skin, too. Other families who had open fireplaces had even more risks for catching clothes and wrapped blankets on fire. They would often have screens but embers would pop and hit the screens. Some found a way through. 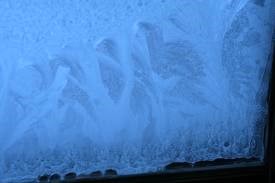 As a little fellow, I would awake on a winter’s morn to see that Jack Frost had painted a new design on our window panes. Sometimes the ice was thick and would last until the sun had warmed sufficiently to melt it down. Those on the north side didn’t always melt. Jack would have to paint anew overnight any that had melted, but he stood ready to make those left into something spectacular. Sometimes, no amount of sun would help because the wind would continue to whip arctic air against the house. I recall curtains standing out as the wind pushed the cold into the room. Even to have had rolls of plastic in those days would have helped, but plastic sheets weren’t commonly available.

The only solution were to dress warmly with long johns, layers of sweaters and even coats and wrapping in a blanket. We had those granny-made quilts and Afghans. The pile grew heavy at night so it was hard to turn over, or to get up for nature’s calls. Those were cold days, for sure. I remember a few times when I had to go outside and actually found it was warmer outside than inside. What a discouragement. I felt sorry for those who lived in cabins and farms with outside privies. A trip to the outhouse in heavy snow must have been horrible. Those old-fashioned chamber pots were nice to have.

I don’t remember us visiting any other families much, or going to stores or the Garden Theater, but I did discover some places had central heat. This discovery undoubtedly gave me reason to visit friends and perhaps to hang around a little longer. I was always a little extra friendly in those days, and was slow to go home. We ‘town kids’ went to school even if it was officially closed, partially because the classrooms were warm. I enjoyed sitting and talking with friends for hours when school work wasn’t the order of the day. Why, in some cases few teachers where there, but usually Mr. Bill Cheek, Superintendent would join us for a visit. I know I practiced with band instruments and out of boredom, actually studied a few times. Whoa!

While I don’t recall any time that the Big Sandy froze over, I have seen some old pictures and movies of people my mother’s age ice skating down at the locks. There was snow on the ground and perhaps as many as thirty older kids and young adults that were having a good time on the ice. I was brought up to mistrust the thickness of the ice and know that many people had drowned or frozen when they broke 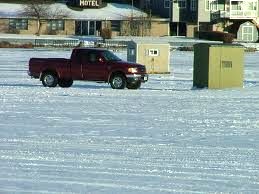 through. Today, I’m grateful for that ‘fear factor’ she instilled in me. It has made me more cautious, for sure.

When living one winter in Detroit, I got to see people ice fishing. They put up their sheds out on the ice, usually on a lake, and actually drove their car out on to the frozen lake. I saw some teens drive their parent’s car out on the ice and spin in circles. They had fun as long as the ice held. I saw films showing a few that went into the water when they ventured out too far. I guess some fine old cars rest deeply on the muddy bottom of some of the lakes.

Regardless of your thoughts on the issue, it’s a little hard to worry about global warming when we hear such a strong message from the Northern provinces that swept down the backs of our shirts. Frankly, I dream of tropical warmth. Stay warm, my friends!

Greens Aerification will begin this Monday at Eagle Ridge!!  Only 9 holes will be open daily