Dawgs punch ticket to Region Tournament with win over PBurg, Will play for the District championship Tonight 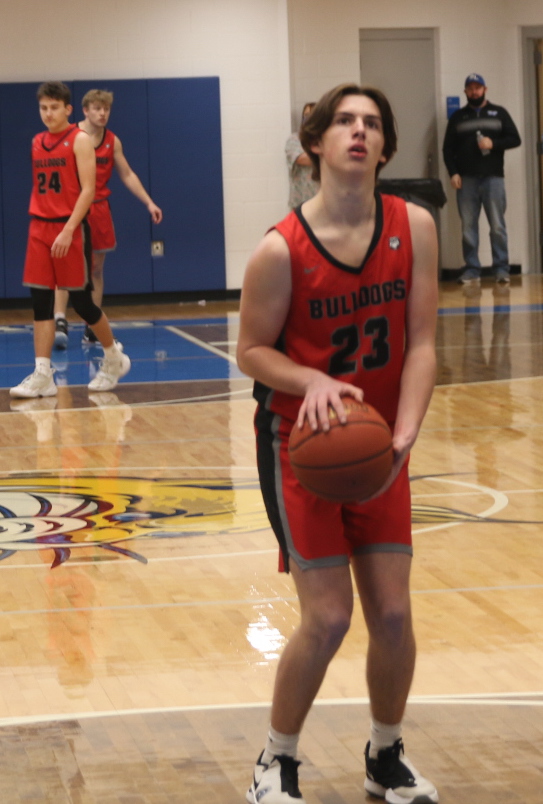 The Bulldogs hit 4 three pointers and went 10 of 17 from the foul line.

The Blackcats hit 6 three pointers and went 16 of 27 from the foul line.

The Dawgs will play for the 58th District championship Thursday at #1 seed Betsy Layne ( 11-8 ) who beat #4 seed Floyd Central 63-48 in the first game Monday.

Cody Maynard with the layup in the second half against Prestonsburg in the first round of the District. 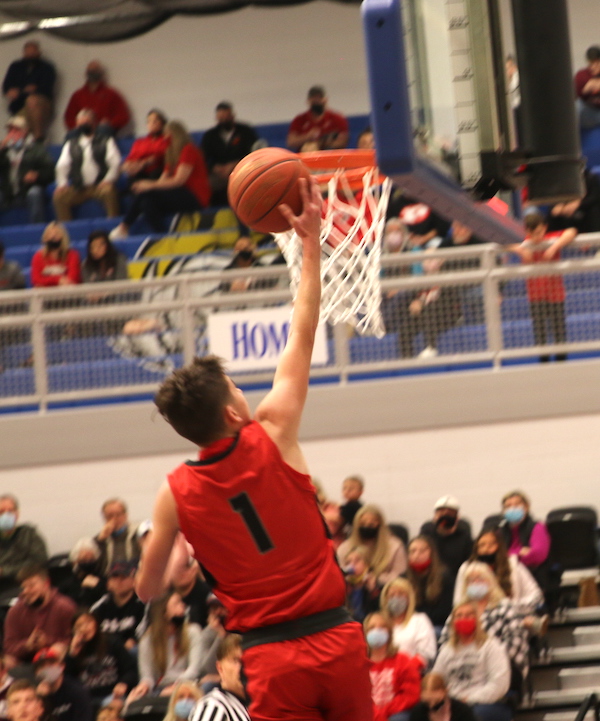 “… It is a great win and this time of year it’s important to save legs when you can get a guy off the floor and from turning an ankle or something we will take advantage of that for sure.”

“… This was a total team effort tonight and I’m so proud of our guys. Three weeks ago this team beat us and were in control the whole game. Just to be able to bounce back from that is very encouraging.”

“… We are finally getting to the point where we are flying around and taking some risks. I thought early in the year we were afraid to gamble. We are quick enough to where we can take those risks and then get back into the play.”

“… We punched our ticket to Appalachian Wireless Arena plus we get another shot at Betsy Layne. We only played them once this year at our place and they got us pretty good. This time we will be on their home court and it will be a tough environment. They are very good, long and athletic. We are playing better but they are good. We will watch the film and then get ready to come up here and play on Thursday.”