PURSUIT GETS ROWDY AS SUSPECT RAMS LOUISA POLICE CRUISER AS HE FLED OVER KY.-W.VA.STATE LINE AND THEN CROSSED BACK OVER AGAIN

PURSUIT GETS ROWDY AS SUSPECT RAMS LOUISA POLICE CRUISER AS HE FLED OVER KY.-W.VA.STATE LINE AND THEN CROSSED BACK OVER AGAIN 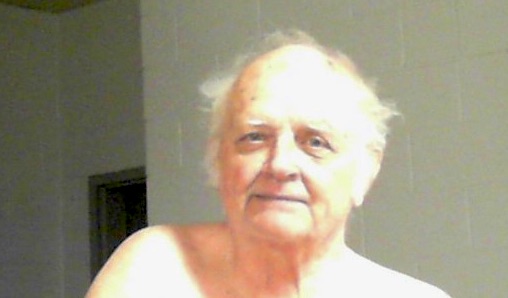 An elderly Wayne County man was arrested on several charges after deputies say he led them on a chase through two states very early Tuesday morning, including hitting a police cruiser during their pursuit of him in Kentucky.

According to a press release from the Wayne County Sheriff’s Department, Maynard Lee Hay, 70, quickly drove away after deputies responded to a domestic incident in the Prichard area. The chase went down Big Sandy River Road (Sunnyside) into Fort Gay, and which then Maynard Hay drove across the state line bridge into Lawrence County, Kentucky.

Officers stated that Maynard Hay struck a Louisa Police Department cruiser and then he fled back over the bridge to West Virginia. The pursuit finally ended in the Prichard area when Maynard Hay’s vehicle caught on fire.

Wayne County deputies said Maynard Hay then ran from his vehicle. and he was later finally caught as he was hiding in a culvert drain.

Maynard Hay faces fleeing in a vehicle, fleeing on foot, obstructing, domestic battery and domestic assault charges. Maynard was taken to the Western Regional Jail in Barboursville in eastern Cabell County; where he is being held as his bond was set at $20,000 surety/cash.

It is unknown at this time what charges Maynard Hay is likely facing in Lawrence County. The Levisa Lazer reached out to the Louisa Police Department for a comment, but there was no response from the LPD.

Other police agencies involved in the incident included the Kenova Police Department and the Lawrence County, Kentucky Sheriff’s Department.