GROWING UP IN LOUISA: Down Town

In my mind, downtown during my growing up years was an area roughly starting on Madison Street at Clay Street and continuing down to the major corner at Main Cross, then following the main highway left as far as Town Hall and the fire station. Many businesses were along this street including a couple of hardware stores, three or four groceries, several gas stations, at least two car dealerships, a train depot, and a bunch of restaurants. There were four or five clothing stores, three variety stores, two jewelers, a flower shop, a theater, a barber shop, a beauty shop, a post office, and a bank. Hidden from view in second floor apartments were the telephone switchboard, the draft board, a couple of dentists, at least two law offices. Downtown had two hotels, two newsstands, a drugstore, a sundry store, and a Dairy Queen. I vaguely remember a used furniture store, a feed store, and insurance offices. There were two pool rooms, one appliance store, the courthouse, and for a time a tiny Sears catalogue store. Downtown was one jumping, busy place in those days! 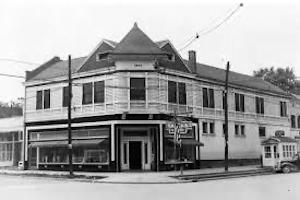 I remember a few of the stores and buildings were showing their age, but most establishments were well-kept and polished. People took pride in appearances. Customers felt good about places that were well-lit and in good repair. A few had wooden floors that creaked a bit when traversed, but many had tile floors that were easily swept and kept clean. Only a few buildings had awnings that extended out over the concrete sidewalks. That idea was a left-over from the days of muddy streets. The covered walkways were designed to protect pedestrians doing their window shopping.

I remember the only traffic signal in town was installed just prior to the dedication of the memorial’s unveiling for Chief Justice Fred M. Vinson, marking his birthplace. The signal made us feel a little bit more part of the modern world, I guess. The town also installed parking meters but I suspect that the costs of maintaining them, collecting the coins, writing and enforcing the tickets and the aggravation caused citizens was a death knell for that program. I think by the time I was in high school the meters had been removed.

I remember the fun I had throughout those growing years when I visited various stores. Western Auto, for example, sold bicycles and accessories. Over the years I purchased inter-tubes, tires, spokes, horns, reflectors, and headlights for my bike.  I got kits for tire repair, and other various parts needed after one of my famous wrecks. I remember they sold appliances, too, and Western Flyer trainsets, accessories, and those little red wagons that were so useful over the years.

I loved the toy section and the lunch counter at the Favorite Five and Dime. We called it the ‘Ten Cent Store,’ or ‘Dime Store.’ Like the picture displayed here, merchandise was piled high on the long gondolas in the sections throughout. The sewing, fabric, and notions were popular with the ladies. The perfume counter made me dizzy that time when I sprayed some smelly stuff on the back of my hand. Ugh! That was a girl’s delight, but I regretted that decision instantly. Besides, I didn’t want to be called a ‘sissy’ by the boys. Time to wash my hands! They had popcorn if I remember right, but the lunch counter was often crowed with regulars ordering sandwiches around noon. They ordered up burgers, and a slice of homemade pie, too. You could get fountain drinks at several of the places around town including Ed Lands, the Favorite, the Rexall Drug Store, Rips, Buttermilks, the Hamburger Inn, and of course, Dees. Some sold out and reopened under new names, but I realized I just had to find out if the menu changed. Some places sold sandwiches like tuna, egg salad, chicken salad and ham salad, or even a grilled cheese. Some customers just took their choice of salad on a leaf of lettuce. I did once but I always wanted a burger after that one try. I remember when it was a big deal to order an orange crush drink. It was okay, but I preferred a chocolate coke, which was sooooo sweet. 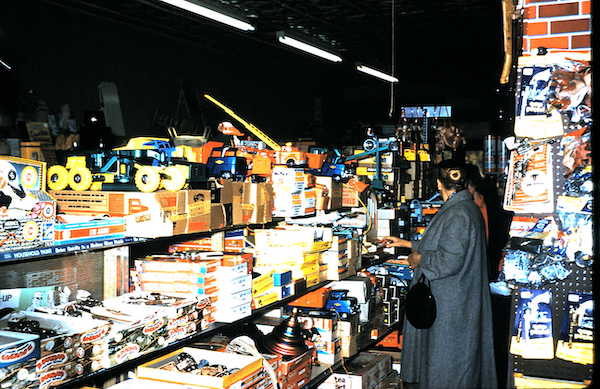 Small town living was good. Every important event at school was really a community event. The shopkeepers and business people paid attention and where there to enjoy the school play, the football game, the concert, and graduation. A neat thing was that businesses were locally owned. That meant that the money spent at a store stayed in the town and helped feed and clothe my classmates. These entrepreneurs were vested in the town and depended upon the townsfolk to support their businesses. The truth is, the town needed good people with a vision to bring businesses to add to the economy. There are good things for the consumer on the short-run by using national chains, but in the long run the town needs local business.

In some ways living in Louisa during those years was very much like living in Mayberry. We had a few town characters, and some really nice people worth seeing often. Most everyone had a sense of humor and looked out for us kids with warnings or comments. It kept us in line for everyone knew us. If I did wrong my mother would know it before I got home. It was as if the man on the street or behind the counter was part of the family. In many ways, they all were. The main deal is like the Petula Clark, ‘Downtown.’ It was the place to go and the place to be seen! https://www.youtube.com/watch?v=fllN8bUJ77c