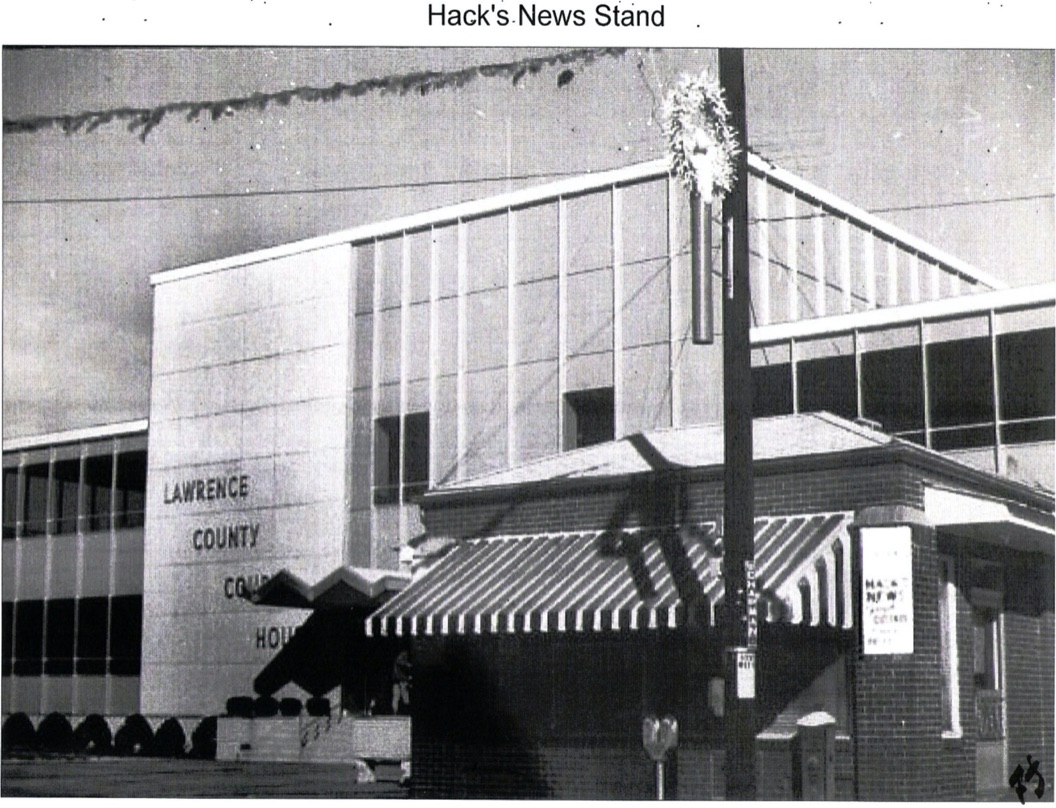 This is a located in front of the Lawrence County Court House.  This is Hack’s News Stand owned operated by Haskell Moore.  He was always blind and started this business of selling some newspapers and mainly ice cream, Cokes and some candy.  There was a city parking meter located in the front and scales that you could get your weight I think for a penny.  Many times I would walk by there from the High School heading home and most of the time Newman Marcum would be sitting in there talking with Hack.  Most of the time he would ask me to check out his garbage can just to see if it was full.

To the right side of his Stand was a wooden bench, many of the old guys would sit there and be ‘widdling’ on some wood with a sharp knife.  At times they just spit on the side walk.  I would sweep the walk in front of this Stand if it was needed.   Many people did not know that he lived under the Stand, he had all that he needed there to live.  I know that every evening Joe or his sister Mary Ann Pack would drop off his supper.  They fixed it at Norman Pack’s house.  I think that Norman was some kin to to Haskell not sure of it.  On some Sundays Haskell would eat dinner at Mr. and Mrs. Norman Pack’s home, he had good time there and he would play the piano.  Haskell had a wonderful time there for Sunday Dinner.  He was a very nice man to me and my father Curtis they talked about shows they listened to on AM radio late at night.

Hope you liked this one.