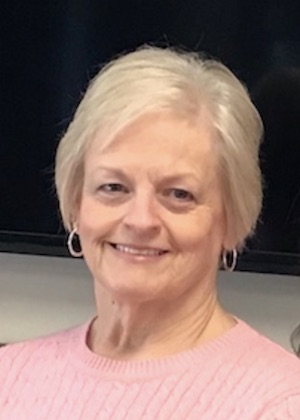 Born in March 1953, in Johnson County, Ky. Glenda (Stambaugh) Grayson. 67, went to be with her heavenly father on March 1, 2021 at Cornerstone Rehab Center in Huntington, W.Va. after an extended illness.

Glenda was the daughter of the late Howard Stambaugh and Alice Jewell Vanhoose Stambaugh of Nippa, Ky. who survives.

In addition to her 32 year career at the Martin County Health Dept., Glenda held several other jobs in the Inez and Louisa area as a phlebotomist. Her fondest endeavor was membership in the Louisa Chapter of Daughters of the American Revolution of which she was a past officer. She was also a member of the Louisa First Baptist Choir.

As co-owner of TheLevisaLazer.com, Glenda helped build the online news media from scratch and contributed in many ways to its development.

Survivors in addition to her mother include her husband of 48 years, Mark H. Grayson, of Louisa, one son, Kraig H. (Christy) Grayson and daughter Kara Beth (Todd) Marcum all of Inez, Ky. In addition to her mother she has two sisters, Karen (Paul) Branham and Deanna (Bill) Burke all of Johnson County.  The highlight of her life was her five grandchildren, Grant T. Marcum, Grayson Lindsy Marcum, Jenna Grayson, Alli Grayson and Marlee Grayson, all of Inez. Also two special lifelong friends Terry McCloud Music and Sandy Scarberry Crum, and ‘best buddy’ Jackie (and Tim) Cavins as well as a host of nieces and nephews, Brackett and Katy Triplett and Adam Ratliff and Wesley Witten.

Funeral service will be at Young’s Funeral Home on Tuesday, March 2, 2021 at 2:00pm under the direction of Brother James Kelly Caudill. Burial will be at Riverview Memorial Gardens. All Covid requirements will be observed.

Visitation will be from 12, noon until time of service.

In lieu of flowers donations to the Louisa First Baptist Church Building Fund will be accepted.