by Lazer Staff
in Sports
Share on FacebookShare on Twitter
Louisa, Ky. —  The Lawrence Co. Lady Bulldogs ( 12-9 ) won their second straight contest with a 54-33 victory over Greenup Co. ( 6-10 ) who is coached by former Bulldog great Paul Miller.
Kensley Feltner drives baseline for the basket versus Greenup Co. Saturday afternoon. 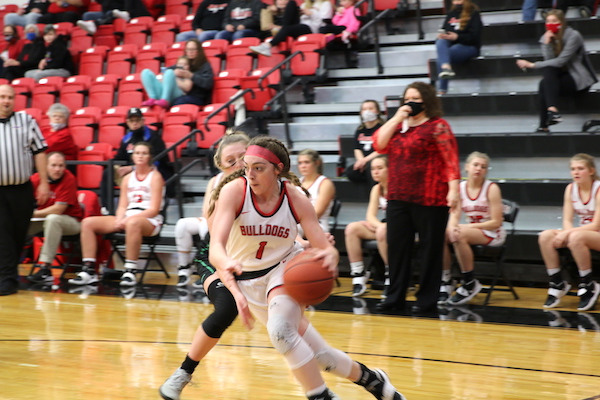 #13 Kyleah Ward looks to score in the second half against Greenup Co. 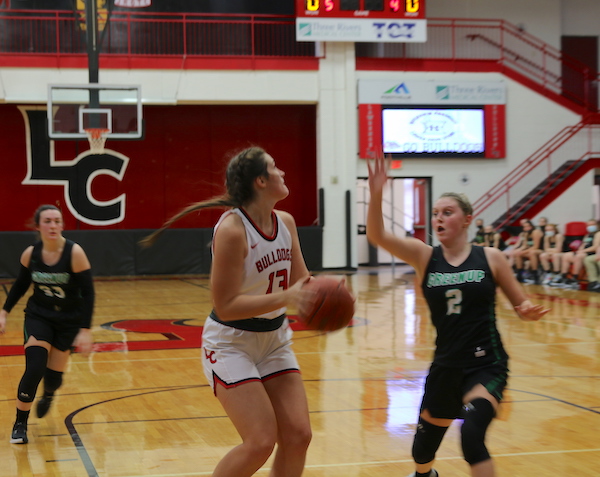 The Bulldogs hit 4 three pointers and went 9 of 14 from the charity stripe.

The Musketeers hit 4 three pointers and went 7 of 18 from the foul line.

The Bulldogs made the long trek to Lick Creek and defeated the Warriors in blow out fashion.

The Dawgs hit 5 three pointers and went 10 of 13 from the charity stripe.

East Ridge was led in scoring by Haleigh Damron with 15 points and Leah Wells scored 9 points.

The Warriors went 8 of 20 from the foul line and hit 1 three pointer.

Lawrence Co. will return to action on Monday with a trip to Pikeville to take on the Panthers before returning home to face Martin Co. on Tuesday night.

“… We had a great finish to the week. We went on the road to East Ridge and was able to come out with a win. Also able to get a nice win at home against Greenup county. I was very proud of our effort and energy. We got another rough week this week. These games will continue to help prepare us for tournament play in a few weeks.” 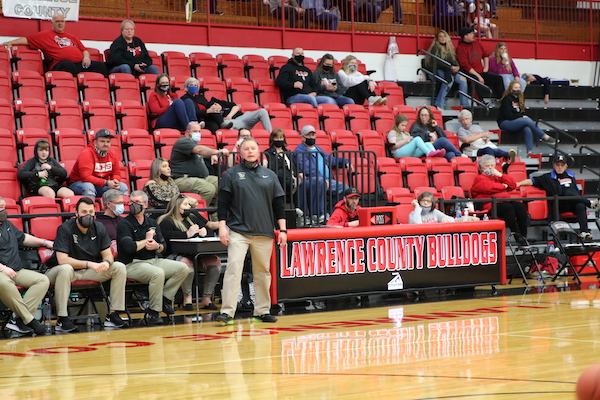 Former Bulldog and first year Greenup Co. head coach Paul Miller
“… Our team has really been understanding more and more how they must play in order for us to win. We had a big win against Fleming the night before. I thought we came out a little flat in the first half today.”
“… As for playing back home, it brought chills for me walking back in there. So many familiar faces and memories flooded my mind. I stopped on the way in and glanced at my dear friend Phil Ratliffs retired jersey and How I miss him and how many fond memories we had playing in the same gym aying in the same gym. He was such a great player. Coaching against Melinda was special, she has built a great program there that Lawrence Co should be proud of.”
“… Her daughter is a load to handle. She’s a major D1 player and deserves all the credit she gets. But even though my team lost it was worth seeing my friends and family cheering me on.”
ShareTweetShareSendPinShare
Next Post