Last week I wrote about writing and sharing of various greeting cards that are useful on many occasions. I focused on ‘get well’ cards, but there were many others such as Christmas Cards, Valentine’s Day cards, birthday cards, sympathy cards, and congratulations cards. From my youth I came to see these develop from a time when it was common and polite to have calling cards. It became a practice during the nineteenth and twentieth centuries for persons of good breeding to drop notices of esteem in a tray located near the front door, when calling on someone of the household. Frankly, the training had little effect which implies my breeding was sorely lacking. I did fall in line on occasions and sent a card, but it was more in spite of my poor rearing rather than by my really taking my training seriously.

Then, there were those times that our grade school teachers saw to it that we created our share of homemade cards in our school classes. We stayed busy for a time spreading glue and paper debris wherever it might fall. I learned to count because I had to make enough cards for everyone in class. If I had time I could also make one for mom. How precious is that?

Of course, during my youth there were other forms of cards such as penny post cards that were made by professional artists who put the latest technology to work such as with the finest photographic equipment and an airbrush to remove nature’s flaws. These were common and served to keep love ones in touch when circumstances took them on a trip here or there. We all sent and received those wonderful works meant to provide a ‘snapshot’ of sights in those faraway places. Indeed, postcards were designed to show major sights while allowing a space for a personal message. On top of that, they were cheap! 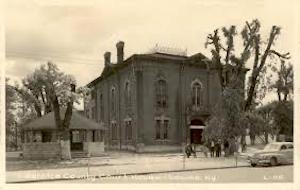 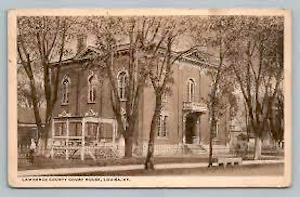 It was thrilling to get a card from a family showing the exciting boardwalk at Virginia Beach, or even Coney Island, New York. Pictures of colonial Williamsburg, or the Statue of Liberty or the Capitol Building in Washington were sure to send my mind soaring off to places I would come to visit later in life. One side of the card had this image while the other side was of two halves, one space for the mailing address and the other room for a brief note, “Wish you were here.”

How wonderful it was when I discovered that we had post cards for various buildings and places around my home town. It was a quick search on the web when I saw pictures I had seen in my youth, but otherwise had forgotten. I will include a few showing the Courthouse with the old wooden bandstand, and then a few years later one of concrete and cinder block. I have copies showing the locks and dam, and two of the Garden Theater from different years. One was celebrating the new element of Air Conditioning, a product that wasn’t installed until the early fifties, I think. I hope you enjoy the ones I’ve found.

I remember that letters were three cents to mail, but post cards were just a penny. Of course you had to expect little or no privacy. After all, anyone could read your post cards. A letter required finesse to slip open but postcards were right out there unabashedly showing their message. I learned to steam envelopes but I was caught ‘red-handed’ by a grownup. That put an end to that. There wasn’t any juicy news anyway.

I’m betting that in the attics, closets, and old desks of Lawrence County there are collections of old cards that no one has looked at for ages. It would be fun to share them, perhaps with the help of the library or someone’s blog. People all around collect those vintage treasures. One of my college professors actually wrote a book with many reproductions of cards to demonstrate ‘how it was,’ back in those old days. I’m sure there are those who are always looking for a prize example that is rare and is part of history’s story. To collectors, a few are worth some big bucks. They are for sale on the internet, so they make a good hobby to those loving history.

Today we see tons of ‘selfies’ that are shared with instances of when and where they were taken. Whether in Blog’s or some other platform photos are everywhere. Some are movies that have gone ‘viral’ when seen by many others. They have helped in criminal investigations, and spread information on nearly any subject faster than ‘greased lighting.’ We see things on ‘You Tube,’ and other sights, sometimes seeing history formed before our eyes. Wow!

The old buildings are gone or going, highways have changed the landscape, and none of us look the same anymore. Still, our message is the same. ‘Wish you were here.’ 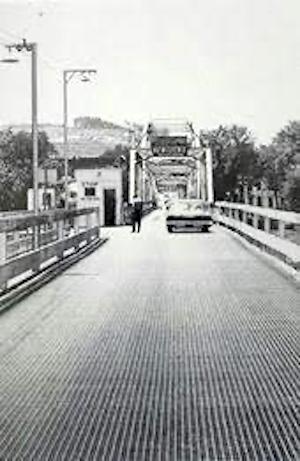 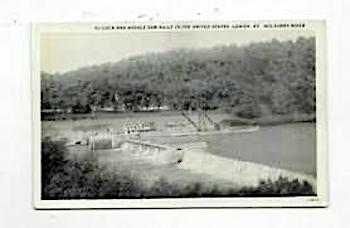