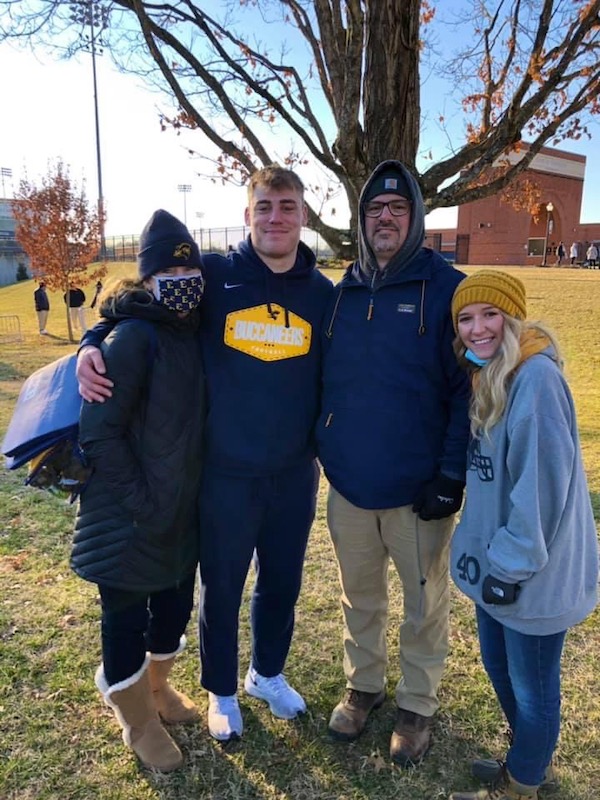 The Southern Conference where East Tennessee State plays, along with a few other conferences pushed back their football seasons from the Fall of 2020 until this Spring because of safety concerns stemming from COVID-19.

So Saturday was a sort of ‘new season’ opener for East Tenn St. where West, one of the fastest QB’s in Bulldog history, is a redshirt RB scoring a crucial TD in the first game.
The Bucs trailed 14-0 after the first quarter and 14-7 at halftime.
East Tennessee St. scored ten points in the fourth quarter to complete the comeback in the season opener for both teams after COVID-19 pushed back season.
#40 Noah West a Redshirt Freshman caught three passes for 25 yards and carried the football once for one yard in the victory. 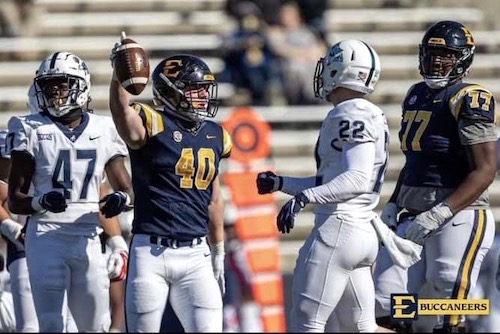 2019 (Freshman): Named to the SoCon Honor Roll … Played in four games for the Bucs, retaining his redshirt status … Made collegiate debut at Appalachian State (Aug. 31) … Finished the season with one rush for 41 yards, taking a direct snap to the redzone against Mercer (Nov. 16).
High School: Lettered as a quarterback at Lawrence County High School … Totaled over 4,400 rushing yards and 66 career touchdowns … Rushed for over 2,200 yards and 32 touchdowns in 2018 … Rushed for 396 yards, seven touchdowns and nine 2-point conversions in a 78-74 playoff victory over Western Hills ranking fourth all-time in Kentucky High School history … Named 2018 District and Area Player of the Year … Finished as the Kentucky 3A rushing leader … Three-time all-district selection.
Noah West with his lone carry of the Buccaneers victory over Samford. 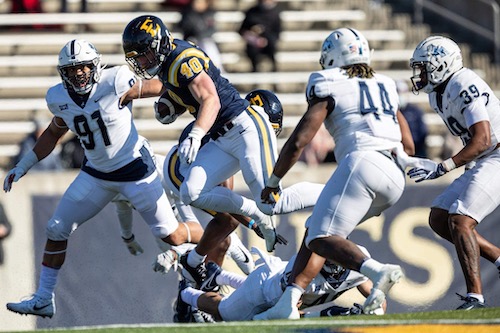