Chandler Shepherd headed up north after signing on with the Twins

Minneapolis, Mn. — Former Lawrence Co. star athlete Chandler Shepherd ( 27 ) has signed on with the Minnesota Twins organization for the 2021 season. 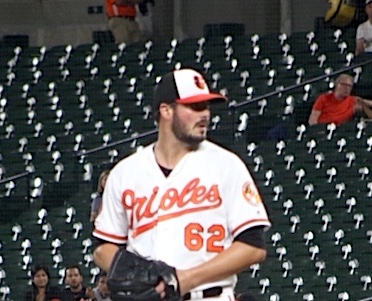 Shepherd was at the Orioles’ alternate training site in 2020 but did not get called to the majors.
In 2019 he pitched in five major league games including three starts. He has pitched 19 innings and registered 17 strikeouts. He made his major league debut in Yankee stadium on August 13th pitching in relief (4.0 IP, 5 H, ER, 3 BB, 2 K); struck out OF Aaron Judge in the sixth inning for his first career strikeout… Made his first career start on 9/17 start against the Toronto Blue Jays at Orioles park at Camden Yards.
Shepherd also made a start at Fenway park against the team that drafted him the Boston Red Sox on the last day of the regular season.
He is a native of Louisa and a baseball star at LCHS and the Kentucky Wildcats before starting his professional career.
ShareTweetShareSendPinShare
Next Post