by Lazer Staff
in Sports
Share on FacebookShare on Twitter
Jenkins, Ky Lawrence Co. ( 9-6 ) snapped a two game losing streak with a 77-38 blowout victory over Jenkins ( 2-7 ) on the road Tuesday night. 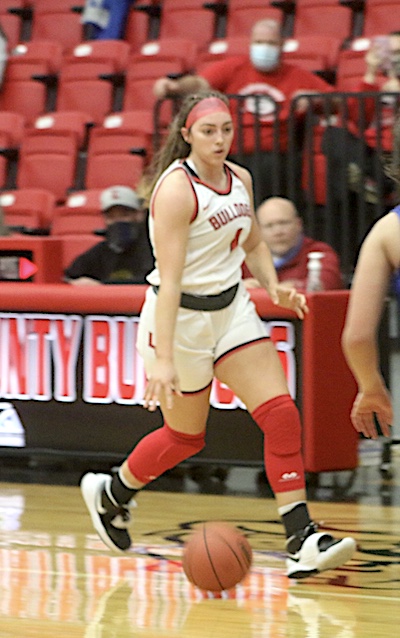 Kensley Feltner had another huge game versus Jenkins with 25 points and 11 rebounds.

Kaison Ward pulled down 11 rebounds to go with her 12 points to help Lawrence Co. win over Jenkins. 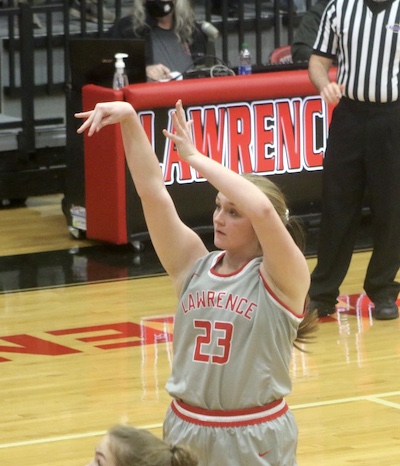 Lawrence Co. hit 8 three pointers and went 11 of 15 from the charity strip.

Lawrence Co. had a lead in the fourth quarter and let it slip right through their hands against the Panthers ( 10-4 ) who are the top ranked team in the 15th Region.

LOUISA, KY. — In another battle of top ten teams in the 15th Region the Golden Eagles ( 9-2 ) topped the Lady Bulldogs at the Dawg House.

The Bulldogs will be back in action on Saturday night at Home against Belfry ( 9-5 ). The two teams met on January 25th with the Lady Pirates winning 56-53.

“… We rescheduled the Jenkins game trying to beat the bad weather. I felt our girls got off to a slow start but finished the game strong. We need to continue to build on this strong outing because our games don’t get any easier. We are in a tough stretch of our schedule but this is helping to prepare us for tournament time.”

“… We had 2 tough losses against 2 of the best teams in the region. JC was lights out from the 3 point line, we didn’t guard it well enough. Tough to beat

An update from Big Sandy Water District: Low pressure and no water