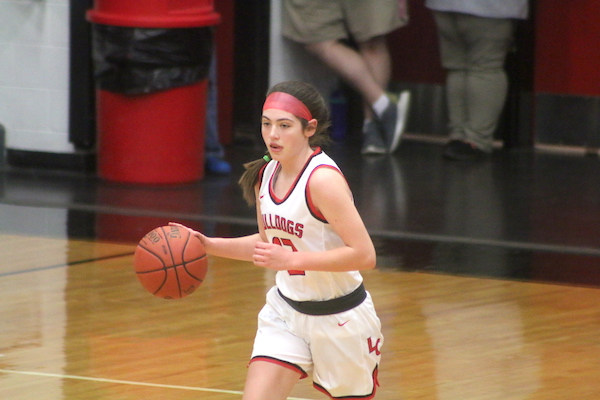 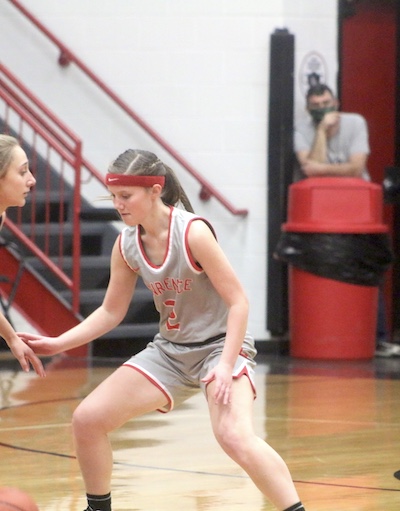 The Dawgs made the long trek to Whitesburg and suffered the loss.

Kensley Feltner once again led the way with 37 points but it wasn’t enough. Ellie Webb was 3 of 4 from deep and finished with 9 points, Tyra Hammond chipped in with 4 points, Kaison and Kyleah Ward had 2 points each. 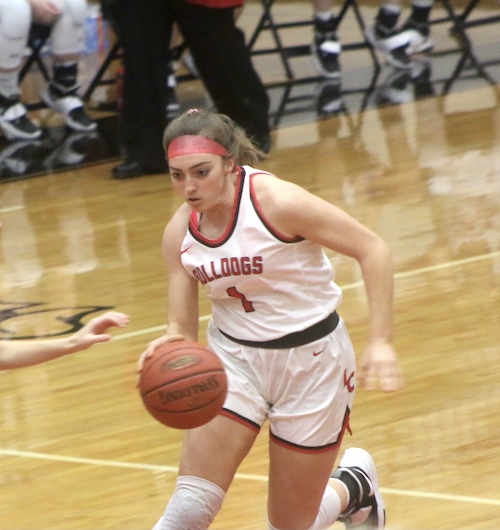 “… In the Letcher Co. Central game we were still tryin’ to work out spacing and player roles with Brooke being injured. It’s taken us a few games to get things worked out. You don’t lose a player like Brooke and be able to bounce back immediately. She’s a huge part of our team. We were able to bounce back against Betsy Layne and there were signs of adjusting better. We’ve taken a few losses here in this stretch but we are learning and improving each game and that’s what we want right now.”