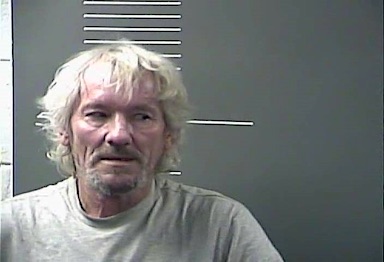 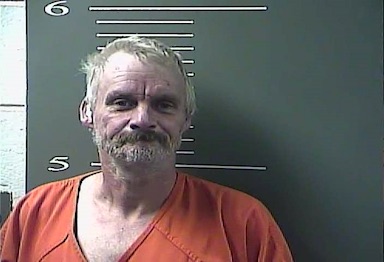 EDDIE H, KENNEDY, 65, OF WEBBVILLE (PHOTO TOP), AND RODNEY V. McDOWELL 53, OF BLAINE (PHOTO CENTER) WERE ARRESTED ON 4 DRUG-RELATED CHARGES. McDOWELL WAS CHARGED FURTHER WITH LYING TO OFFICERS ON HIS IDENTITY AND THEFT OF IDENTITY, WHICH ALSO LED TO A GOOF-UP AT THE BSRDC WHO BOOKED HIM AGAIN AS HIS OLDER BROTHER, COMPLETE WITH A SEPARATE MUGSHOT (BELOW) 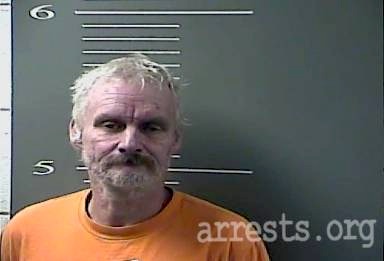 Two Lawrence County men have been arrested in connection on several drug-related charges evolving as part of significant drug trafficking in the rural areas of the western half of Lawrence County.

According to the Lawrence County Sheriff’s Department, Eddie H. Kennedy, 65, of Webbville; and Rodney V. McDowell, 53, of Blaine, were arrested late Friday morning, January 22, when deputies conducted a search warrant at a residence in Webbville.

Eddie Kennedy was charged with:

Rodney McDowell was charged with:

Rodney V. McDowell lied to arresting officers about his identity to officers, pretending to be his 55 year-old brother Randy D. McDowell, which caused a mix later at the regional jail in Johnson County, not being booked with his real identity, but was also accidentally separately booked as his brother on the four drug charges, complete with a separate mugshot.

Sheriff Chuck Jackson and his deputies also found firearms, one which was stolen, white crystal/powder substance which is consistent with methamphetamine, multiple digital scales, cash and drug paraphernalia, as well as packaging found in connection with the selling of illicit narcotics.

The Lawrence County Sheriff Department stated these arrests are part of an ongoing investigation into the sale and distribution of illegal narcotics in rural parts of the county.

Both Eddie Kennedy and Rodney McDowell were transported to and booked at the Big Sandy Regional Detention Center in Paintsville, where both men remained lodged as of Monday evening, January 25. 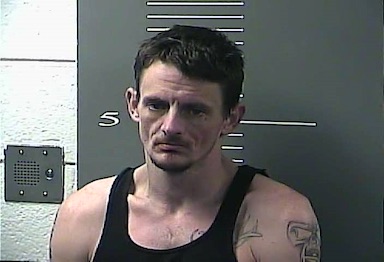 BAD BOY DRUG DEALER: RANDY S. WRIGHT, 32, OF LOUISA, WAS ARRESTED FOR METH TRAFFICKING AFTER A TRAFFIC STOP BY KSP.

In a separate case, a traffic stop by a Kentucky State Police trooper resulted in a Lawrence County man being arrested on drug trafficking charges early Friday night, January 22.

KSP trooper Bradley Couch pulled over a vehicle driven by Randy S. Wright, 32, of Louisa. During the traffic stop, Randy Wright consented to trooper Couch to search his vehicle.

Trooper Couch allegedly discovered several plastic bags containing a combined 2.6 grams of suspected meth, along with drug paraphernalia and a ledger containing the weights of the bags.

Randy Wright was arrested at the scene and was charged with:

Randy Wright was transported to and booked in at the Big Sandy Regional Detention Center in Paintsville, where he remains lodged as of Monday evening, January 22.