Dawgs take care of Chesapeake in the Boyd Co. Shootout

Maynard hit 4 three pointers and went a perfect 13 of 13 from the foul line for his 35 points, Trenton Adkins had 23 points and 15 rebounds, Baden Gillispie netted 10 points, Will Lafferty scored 8 points and 5 steals, Kaden Gillispie 5 points and Zach Holt chipped in with 1 point.

Lawrence Co. hit 4 three pointers and went 28 of 32 from the charity stripe. 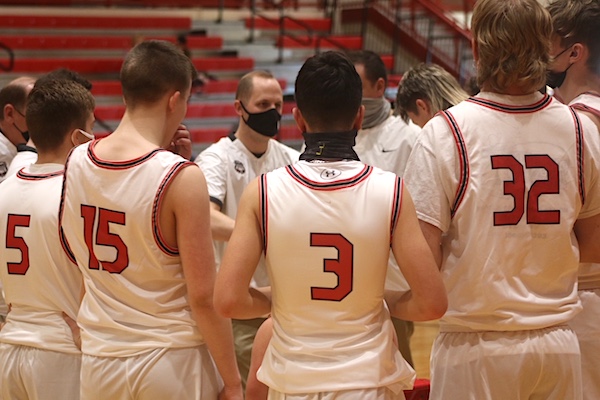 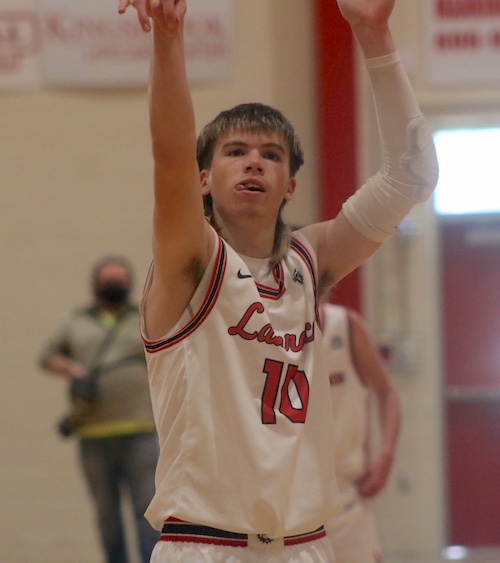 Trenton Adkins (right) had 23 points and 15 rebounds in a victory over Chesapeake Saturday.
image2.jpeg

The Panthers were led by Levi Blankenship with 15 points, Ben Bragg had 13 points, Caleb Schneider had 11 points and Nathan Cox had 10.

Chesapeake hit 8 three pointers and went 11 of 15 from the foul line.

Lawrence Co. will travel to Inez and face off against Martin Co. ( 3-4 ) on Tuesday night.

“… We had three games of film on them and we knew they were going to play hard and you’re exactly right they were relentless. Even this morning we tried to prepare them for that and get them in the right frame of mind that if we didn’t come ready to play they would hit us right in the mouth. I thought we got off to a fast start and it carried through the entire game. They hit some tough shots.”

“… They are a good team and This is a good win. The third quarter we came out and extended the lead out to 14-15 points with some key shots from our guys. We thought they would drive before they shot from a few people in Ohio that I know but they shot before they drove. We tried to pack it in on them a little. They shot it well from the outside and made some threes.”

“… Cody has been hot the last couple games and hit a huge shot right before the third quarter horn to extend our lead. Him and Trenton are fun to coach. They do so many good things and are all over the floor. I’m blessed to Coach all of these guys.”

“… We went 28 of 32 from the line and that is encouraging for sure. We started out shooting 63% and we kinda clamped down on them and we shoot them they aren’t allowed to talk to make sure they are taking it serious. We have two tough trips next week with Martin Co. and and our first District game with Floyd Central.”