Kensley Feltner drives to the basket against Prestonsburg Friday. Feltner finished with her third triple double in four games. 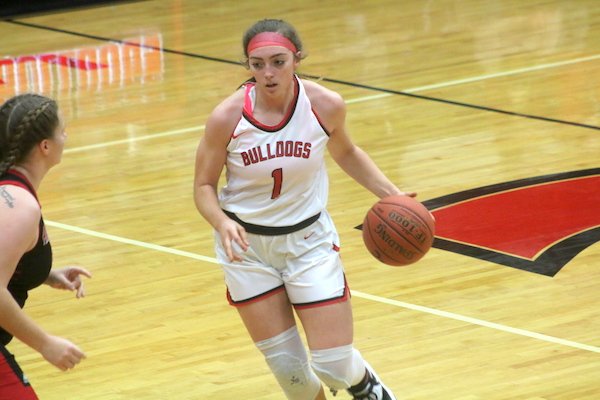 Lawrence Co. fell behind 20-16 after one period but battled back to take a 35-30 into the halftime break.

In the third quarter the Lady Dawgs added to the lead with a 30 point outburst to lead 65-41 going into the final period and cruised to a 30 point District victory.

Lawrence Co. hit 12 three pointers and went 8 of 11 from the charity stripe.

#12 Sophie Adkins and #2 Ellie Webb are all smiles after hitting 9 three pointers in a District victory over Prestonsburg Friday. 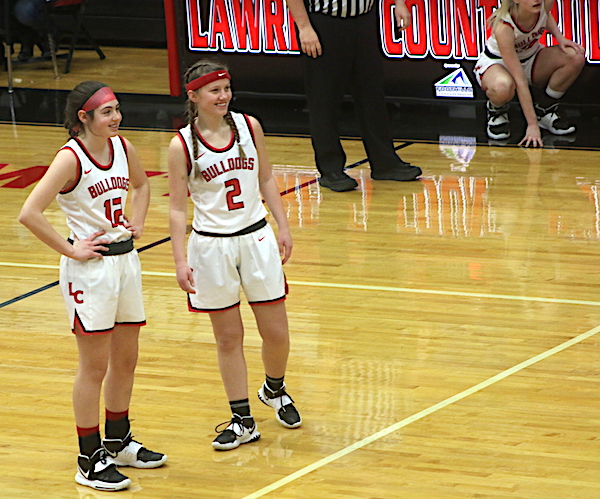 Prestonsburg was led by Faith Lazer with 22 points and Aliva Slone with 9 points.

The Blackcats hit 4 three pointers went 14 of 25 from the foul line.

Lawrence Co. will travel to Belfry tonight and Mason Co. on Wednesday.

“… We didn’t play very well at all in the first half and I really got into them. Lot of standing around. Sophie Adkins and Ellie Webb both played well.”

“… If we can do that and have our big girls battling like they did we are going to be tough to beat. We have a very tough week with three road trips.”

LAWRENCE CO. SCHOOLS TO GET PART OF $8.3 MILLION VW GRANT FOR NEW BUSSES