Inez, Ky. — In a battle of one loss teams the Lady Bulldogs of Lawrence Co. outlasted the Lady Cardinals of Martin Co. 58-54 Tuesday night.

Martin Co. jumped out to an 11 point lead in the first half before Lawrence Co. made a late push to trail 27-22 at the break.

In the second half Sophie Adkins put the Bulldogs ahead for the first time with a three pointer to make it 34-33 and neither team lead by more than six points the rest of the contest and Lawrence Co. sealed the victory with Kensley Feltner who knocked down 10 of 13 from the charity stripe in the fourth quarter.

Kensley Feltner putting the finishing touches on a Bulldog victory over Martin Co. in the closing seconds. 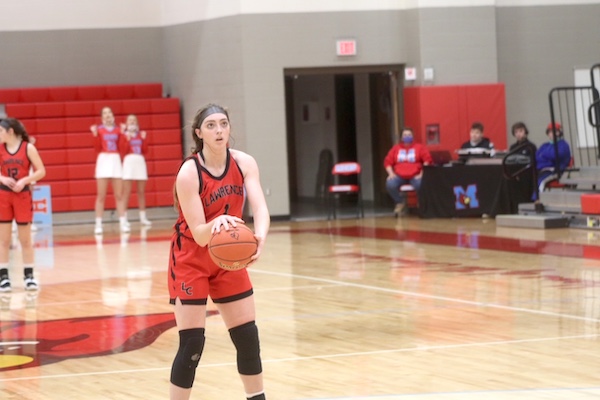 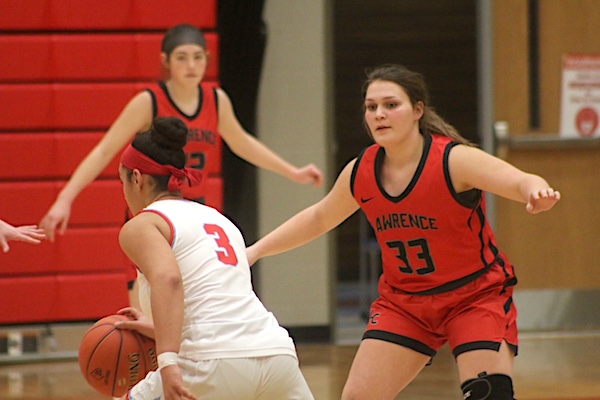 Lynndsey Cassell eyes the basket during a free throw attempt against Lawrence Co. 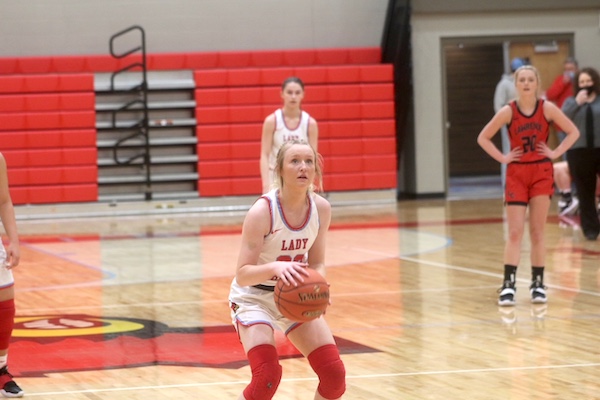 The Cardinals hit 3 three pointers but only hit 8 of 20 from the charity stripe.

They will be selling extra tickets to the games tonight on the GoFan app please search Lawrence Co. High School to purchase a ticket.

“… They are well coached by Robin Newsome who I have so much respect for. We didn’t come ready to play and they did, we dug ourselves a hole and had to fight and claw our way out of it. Glad we took the lead in the second half but then we made so many mistakes down the stretch. We have so much to learn.”

“… Going into half we were only down five points after playing so poorly. I can’t believe we were that close to them. We made some free throws at the end and the ball bounced our way a few times as well. Both teams played so hard and were going after each loose ball. It will be a battle when we play them again at our place.”

“… We have a couple days off before playing Prestonburg in our first District game of the year Friday night. They have some girls returning from a team that gave us fits last season.”