Commission defers decision on net metering, while providing important victories for customers on some issues 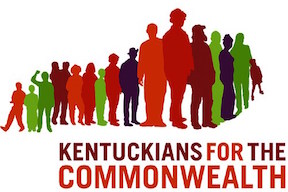 Kentucky Power will be allowed to raise its rate, but not as much as it had asked to, after the intervention of several grassroots groups and customers.

In a recent ruling, the Kentucky Public Service Commission reduced the total revenue increase sought by Kentucky Power by 25 percent, from $70 million to $52 million.

In addition, the PSC allowed a quicker use of deferred federal income taxes to help offset the increase in rates, creating a small credit on customer bills. The credit will now appear over three years, rather than 18 years as previously approved.

The net impact is that bills for residential customers may decrease slightly during winter months, and increase more substantially in non-winter months, according to the company.

Also in its order, the commission deferred a decision on the company’s proposed changes to rooftop solar systems that feed electricity into the power grid (called net metering). Kentucky Power wanted to dramatically reduce the value of this customer-generated solar energy by 75 percent.

Instead, the PSC wants to hire an independent consultant since Kentucky Power’s proposal lacked a “cost of service” study and inappropriately used “avoided cost” as the basis for valuing customer-generated solar energy.

The large rate increase and net metering were among the many issues of concern to a coalition of public interest organizations that intervened in the Kentucky Power case. The coalition, including Kentuckians For The Commonwealth, the Kentucky Solar Energy Society and the Mountain Association, and was represented by attorney Tom FitzGerald of the Kentucky Resources Council.

“The PSC ruling in the Kentucky Power rate case shows how important the efforts of organized citizens’ groups are,” said Tom Vierheller, a customer in Floyd County, KFTC member and intervenor in the case. “Kentucky Power and other large corporations are powerful institutions with substantial financial resources to influence public issues. Effective community organizations are essential to establish more fair representation of the people in policy and legislative decisions.”

Also in the ruling:

“There are far better ways to help folks with high winter bills,” said Carrie Ray, Energy Program Coordinator with the Mountain Association, “including pay-as-you-save efficiency programs that will lower bills and improve peoples’ homes at the same time.”

Over the objection of the intervenors, the commission approved the utility’s request to increase the monthly fixed customer charge that all residential customers pay, from $14.00 per month to $17.50 per month.

Kentuckians For The Commonwealth