GROWING UP IN LOUISA: Disappearing Activities

My darling Suzie has gone and done it again! In many ways this normally modern girl is a throwback to a generation or two before her time. She reminds me of how things were growing up, and helps me see that everything old is not necessarily bad, nor that everything new is progress.

When we were growing up both Suzie and I in our different locations had a propensity to find life’s solutions by interviewing older folks, or reading books from another day that has given her a balance many would not easily understand. If you want to know how to do something, you ask those who are successful how to make it work. There’s plenty of folk that can tell you an idea won’t work, but more importantly a few can be found that have been doing it. As a result Suzie has tried to keep the new things in life going while she has been faithfully doing many things that the modern wife would find either impossible, or too difficult to do. 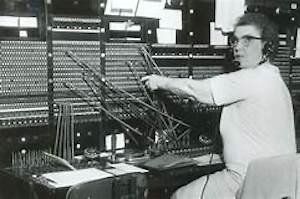 To not keep you in further in the dark, what she just finished was making us another barrel of her famous lye soap. Yes, indeed, I have been blessed for all of my married life to have fresh soap bars that are little different from that which was used by our grandparents. I have used it in my daily showers when I scrubbed my hair and body knowing full-well I would be clean when the task was finished. This soap is wonderful to cut through oily residue and even poison ivy on the skin. While there are those who wrinkle their respective noses at such an idea, soap making is a point of pride for her. She has many fans who offer to buy all she can make, but no, she’s not out to compete with soap companies. She will give her friends a bar, or even on a generous day, a second. I am blessed to be using what my grandparents and great grandparents used.

From time to time we see displays in country stores and farmer’s markets of such local products made by a few still pioneering others. Once it is properly seasoned she stores her amazing product in what used to be called a nail keg, which is maybe a quarter the size of a full barrel. Neither are used for shipping anymore. I’ve said more than once when we run out of soap it’ll be my last day. Silly girl keeps making it and I keep living.

We like what we first heard of back just after WWII. Like the rest of America, we came to love pizza as much as anybody, but when we look back at what our parents served up for the family meal, it was often beans and cornbread. We still make lots of homemade breads which have become famous in the family, neighborhood, and church family. She rewards those who have done her favors, or that she likes and respects, by slipping them a fresh loaf now again. If she mentions to a friend she’s baking we can figure someone will drop in just as the hot loaves are taken from the oven. Ours sons try to show up at those times, as well. Me too! 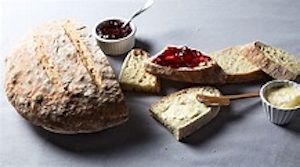 While we still eat homemade biscuits and wonderful sausage gravy and fresh eggs from the coup, we augment breakfast with fried apples, or whichever fruit is in season. No, we don’t make the sausage, but we like fresh stuff from a farmer’s market. It would be a shame if we loaded up on breakfast cereals and never made old-fashioned oatmeal.

When I was growing up we swept the house with a broom and took the rugs out and hung them on the clothesline before beating the dust out of them with a wire rug beater. I remember taking out my frustrations by hitting those rugs over and over. Blisters turned into calluses and rugs started to show wear over time. An important trick was to stand up-wind less you choke in the cloud of dust raised from the last lick. We did get a vacuum at some point and as a result no longer had to beat rugs. I occasionally see one of those wire beaters at flea markets, but I’m not tempted to keep this practice alive.

My family didn’t have a spring house, or root cellar, but we knew of many who did. It was a great place to store potatoes, cabbage, and even candy. The temperature in those places was usually around fifty-five degrees because those little buildings were at least half underground and often included a natural spring. While they were a carryover from days before refrigeration, they continue to serve a purpose to those who have them.

Thinking back I cannot help but remember that my great grandmother was always busy making quilts, sweaters, Afghans, table scarfs, (doilies), etc. Suzie has done pretty much the same while raising our kids. I’ve made her quilting frames, and stand amazed at her ability and willingness to reupholster furniture rather than replacing quality things. 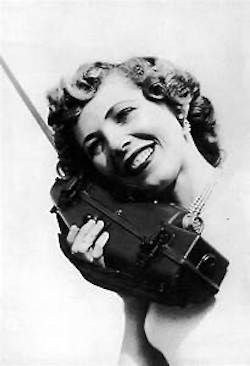 During my earliest days our little town lost livery stables and blacksmiths as a trade. With automobiles the need diminished. Some farms had blacksmithing tools, including a furnace and bellows, but tractors were taking over. Important skills were lost as we no longer need horseshoes. Barrel makers, wheelwrights, and river pilots found new jobs. Railroads no longer needed firemen to shovel coal in the steam engines. Tenders and cabooses went away and rail service was reduced as highways were improved.

I have to admit that in the days of long distance phone service, the additional charges were astronomical, and the trouble of having to go through long-distance operators. Phone booths are disappearing. (Superman can’t find a place to transform). Mad money isn’t needed since everyone carries a smart phone that doesn’t require coins to use. Yes, we started getting phones that could actually travel with us without some long cord. We could connect from out-of-the-way places, but roaming charges in those early days could still sneak up and bankrupt the caller. Even so, parents could talk to their kids who were away in college or overseas serving their country. Because of this it is more difficult to be ‘lost’ since we have aps for GPS. Gas stations don’t issue maps anymore. Who needs them?

I learned to ‘type’ in high school but most people today use keyboards on their computers, phones, or notebooks. Local newspapers are hurting and consolidating. What with the news and pictures we get on browsers the only thing we’re missing is the ‘real’ local news. The nature and services rendered by libraries is changing as they try to morph into new roles.

Along with this pandemic many of our meetings and classes are virtual these days. It may turn out to be hard to go back to the old ways? We pay our bills online and communicate electronically throughout the day to take care of business. We do our research on-line and are taught how to repair this or that by watching ‘You Tube.’  Information is on your fingertips, and your friends are only a quick-dial away.

Yep, things change for sure. I’m hoping we can choose to keep the best out of the past and drop those things that should fade away. I’m betting we’ll see more changes before it’s over. Any predictions?