DAWGS BLAST ROSE HILL TO GET BACK ON RIGHT TRACK

Trenton Adkins hitting a jumper in the Bulldog victory over Rose Hill Thursday. 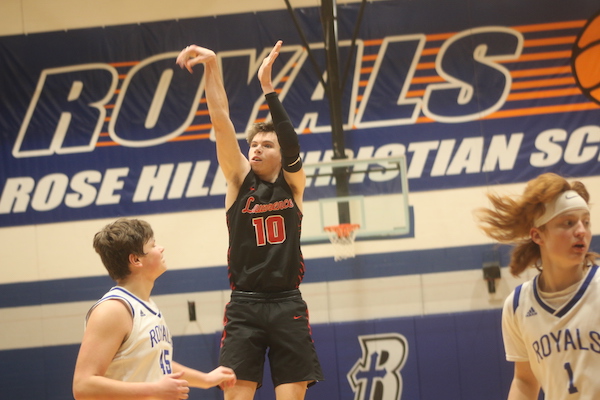 In the second half the Royals cut the lead to 12 a couple different times but the Dawgs always had an answer.

#1 Cody Maynard hitting one of his 4 three pointers as #00 Stacy Jackson defends. 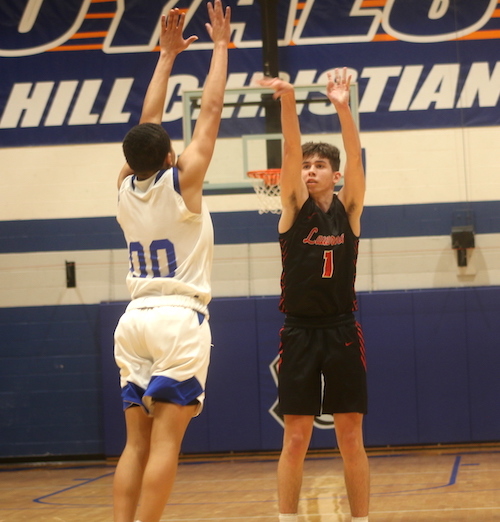 Adkins scored 26 points and Maynard scored 25 points to lead the Dawgs, Kaden Gillispie was a perfect 8-8 from the charity stripe and finished with 16 points, Baden Gillispie netted 13 points, Zach Holt scored 6 points off the bench, Dawson Bellomy hit a three pointer for his 3 points and Will Lafferty scored 2 points.

#11 Zach Holt was big off the bench with 6 points and plenty of energy. 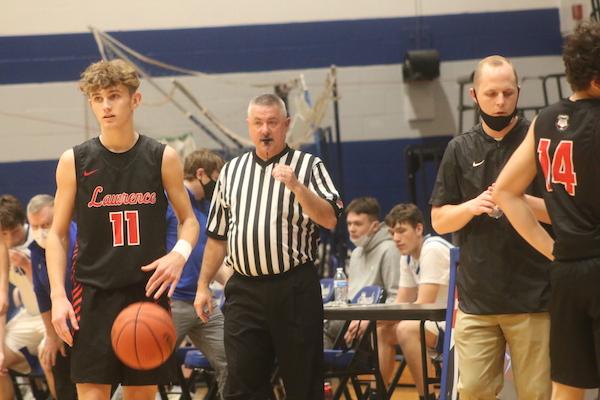 The Bulldogs hit 6 three pointers and went 14 of 18 from the foul line.

The Royals hit 9 three pointers and went 6 of 10 from the charity stripe.

Lawrence Co. will return to action on Tuesday night when they host Boyd Co. ( 3-2 ).

“… I was pleased with the team in the first half, thought we did a lot the things that we had worked on during practice this week. Third quarter we took our foot off the gas pedal a little bit and starting playing lackadaisical and I had to really get on them and they responded and closed the game the right way and got the win. So I’m proud of them for that.”

“… Still too many turnovers at Johnson Central and tonight and a lot of them are silly ones that can be corrected. Four games into the season those are expected and hopefully by the end of the year we can get those corrected.”

“…We have been bad about giving up threes probably around 30 in the last three games which is too many. We have to get better at that.”

“… Thought Zach Holt gave us good minutes off the bench and Kaden Gillispie played good once again. He isn’t afraid to battle. Was happy for Cody Maynard he took good shots and knocked a bunch down as well. Trenton Adkins was also good once again, he battles all night long. We have to get better defensively for sure.”

“… I’m familiar with Boyd Co. for sure spent a lot of time down there. I know most of those kids and coaches and they are like family to me. They have a great team and are well coached. They play 12-13 guys and don’t drop off much. It will be a battle and that is exactly what we need. Excited to have that game at home and then we have a big district game with Prestonsburg next Friday at home and then play East Carter at 11:30 Saturday morning in the Boyd Co. shootout.”