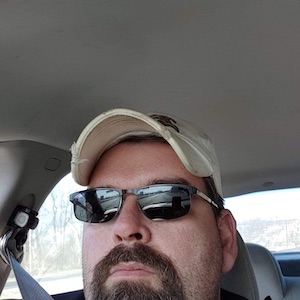 NEW LAWRENCE COUNTY CONSTABLE 3 DISTRICT NAMED TO REPLACE DANIEL CASTLE, WHO RESIGNED AT THE END OF 2020, TO JOIN SHERIFF JACKSON’S FORCE AS A PAID SPECIAL DEPUTY

As of this week, the Lawrence County Sheriff Chuck Jackson and his office now has ten (10) deputies working  consisting of eight paid deputies, and two special deputies. In addition, there are six (6) court security officers working for Sheriff Jackson’s office at the Lawrence County Judicial Courthouse Building.

There have been two new deputies hired and just started this week, as well as two former Lawrence County constables hired as special deputies in the last few months.

Daniel Castle, who was the Lawrence County District 3 Constable, resigned in the fall of 2020, to be hired as a special deputy. There was no report on the pay he or any of the other special deputies receive.

The other two new deputies who were hired just started their first day on the job on Monday of this week were Tyler Laney and Travis Music.

Paul Wells, who was the Lawrence County District 1 Constable for many years until last year, when he also resigned, after moving to a different part of Lawrence County, making him ineligible to continue on as constable. That position remains unoccupied and will be until at least the next county election in 2022, due to what Lawrence County Clerk Chris Jobe explained is due to no one filing to run for the open seat, as well no one showed any interest before in the run up to last year’s election who could have otherwise been appointed.

It now appears that the Lawrence County Sheriff Department is loaded up with law enforcement officers, whenever (and if) the coronavirus epidemic goes away, or least goes back down in a major way, Sheriff Jackson and his deputies will be able to ramp up in the not too distant future to fully engage in their crime interdiction throughout the county.

There was no word on where the additional funds to pay the deputies will come from.