Lady Bulldogs bounce back after first loss of the year

Kaison Ward scored 16 points in a victory over Morgan Co. 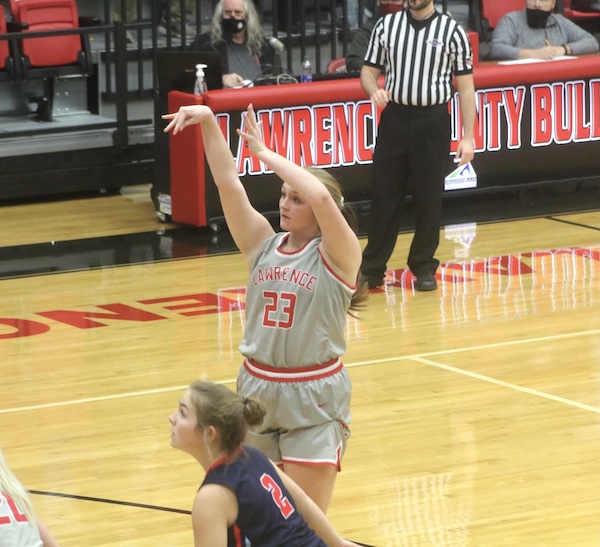 The Dawgs jumped all over the Cougars with a 20-6 lead after the first period and lead 43-27 at the break.

In the second half the two teams were pretty even with Morgan Co. outscoring Lawrence Co. 38-36 but it wasn’t enough for the victory.

Lawrence Co. hit 5 three pointers and went 8 of 12 from the foul line.

The Cougars hit 12 three pointers and went 13 of 22 from the foul line.

On Monday night the Bulldogs fell for the first time to highly rated Shelby Valley who is one of the top two teams in the 15th region.

Kensley Feltner lead the Bulldogs with 22 points, Sophie Adkins hit 4 three pointers and finished with 14 points, Kaison Ward and Brooke Neal had 6 points each, Kyleah Ward and Tyra Hammond had 4 points each. 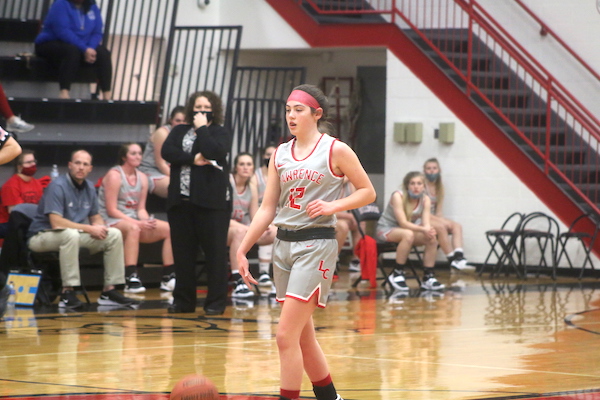 Lawrence Co. hit 6 three pointers and went 12 of 16 from the foul line.

The Wildcats hit 6 three pointers and went 8 of 14 from the foul line.

“… Our girls played a tough game on Monday night against one of the best teams in the region and wasn’t able to pull it out. We took them down to the wire. We had our chances at the end and couldn’t make baskets when we needed them.

“…I was proud of the girls that we were able to come out tonight and rebound from a tough loss. Our defense did an amazing job in the beginning and went on a 16-0 run. We maintained the lead heading into the 2nd half. Morgan came out on fire and hit 7 3s in the second half. They battled and didn’t quit but we were able to pull out the win. We had a balanced scoring attack and I’m proud of that. That’s what we have to continue to do.