Westwood, Ky — The LC Bulldogs went on the road for the first time and picked up win number two in a 76-59 victory over a pesky Fairview squad Wednesday night.

Trenton Adkins knocks down a long jumper in a win at Fairview. 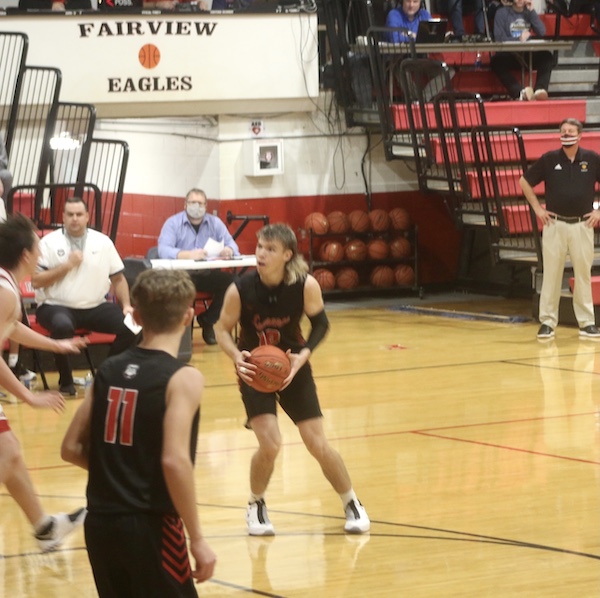 The Dawgs led 28-25 at halftime and were tied 31 all early in the third quarter before their defense picked up and some shots started to fall for a 45-28 run to end the game.

Cody Maynard threading the needle for an assist against Fairview Wednesday. 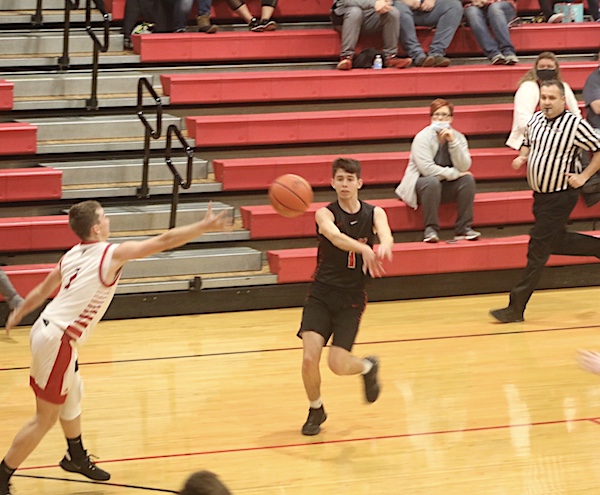 The Bulldogs were 15 of 22 from the charity stripe and hit 3 three pointers all in the second half.

Fairview was 3 of 5 from the free throw line and hit 9 three pointers.

Kaden Gillispie at the line versus Johnson Central Saturday. 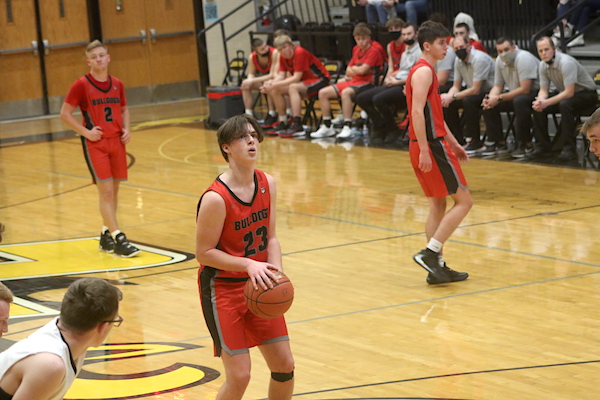 The Dawgs finished with 21 turnovers, went 3 of 17 from the three point line and 10 of 14 from the charity stripe.

Johnson Central was led by John King with 18 points and Isaiah May chipped in with 10 points.

The Dawgs will return to action on Friday when they travel to Ashland to face Rose Hill Christian ( 0-4 ).

“… First half against Fairview we didn’t shoot the ball well at all and we let that effect our whole game. Missed some shots we normally make, wasn’t getting the right roll. Instead of digging in and fighting through it we let it effect us in every way.”

“ …In the second half we really turned it up a notch or two defensively and then we made some shots and gained the momentum, we got a few stops and then the rim looks bigger on the offensive end. Things become easier when you make shots. I was proud of our guys and loved the pace and intensity that we played at the whole game. They found away to stretch out the lead when we needed to.”

“… These type of games are good for us, tight for a long time and then we were able to pull away in the end. We had some guys step in the end and be leaders and that was what we were looking for.”