IN SECOND UNRELATED CASE, ANOTHER CARTER COUNTY MAN ARRESTED ON RAPE CHARGE BY STATE POLICE FOR HAVING SEX WITH A MINOR 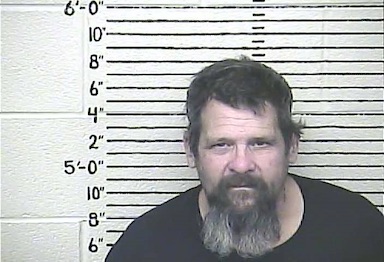 GREGORY KENNETH ROSE, 57, OF OLIVE HILL, KY., WAS ARRESTED JANAURY 8, ON CHILD SEX PROCUREMENT AND OTHER CHARGES FOR THE SECOND TIME IN TWO & ONE-HALF MONTHS.

A man from Carter County is in major legal trouble again after he was arrested for offering narcotics, alcohol, and money to obtain adults and children for sexual acts, for the second time in ten weeks, as both of his cases are related.

According to a press release from Attorney General of Kentucky Daniel Cameron’s office, the investigation that led to the arrest was led by the Department of Criminal Investigations.

Once there was enough evidence, the Department of Criminal Investigations worked with Carter County Attorney Brian Bayes to write a criminal complaint so a warrant could be obtained.

State investigators said there are three victims in this current case.

Officer Thomas Perkins of the Grayson Police Department was listed as the arresting officer of Gregory Rose in this latest sex crime case.

“This investigation and arrest signifies the commitment of law enforcement agencies throughout Kentucky to working collaboratively to investigate and arrest those responsible for human trafficking,” said Attorney General Cameron onward in the press release. “I appreciate the partnership of the Kentucky State Police, the Grayson Police Department, the Carter County Sheriff’s Department, the United States Marshals for the Eastern District, and Carter County Attorney Brian Bayes in this case. January is Human Trafficking Awareness month and is a reminder to us all that trafficking can happen in any community. I urge every Kentuckian to learn more about the signs of human trafficking and how to report it by visiting YourEyesSaveLives.ky.gov.”

Gregory Kenneth Rose was taken to and lodged in the Carter County Detention Center in Grayson, where he remains being held currently on no bond. 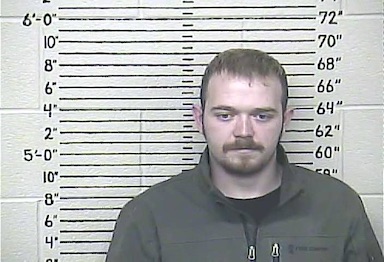 NATHAN WAYNE CARPENTER, 27, OF OLIVE HILL, KY., WAS ARRESTED JANUARY 9 ON 3RD DEGREE RAPE, FOR HAVING SEX WITH A MINOR.

In a second separate case, another Olive Hill man was arrested on another underage sex case,

Nathan Carpenter is accused of having sexual intercourse with a minor who is 15 years old.

Nathan Carpenter was transported to and lodged in the Carter County Detention Center just after midnight on January 10, where he is currently still being held without bond.

DON'T CALL: LAWRENCE COUNTY HEALTH DEPARTMENT ASKS THAT LOCAL RESIDENTS TO NOT CALL TO MAKE VACCINE APPOINTMENTS, AS THEY HAVE RUN OUT OF VACCINE