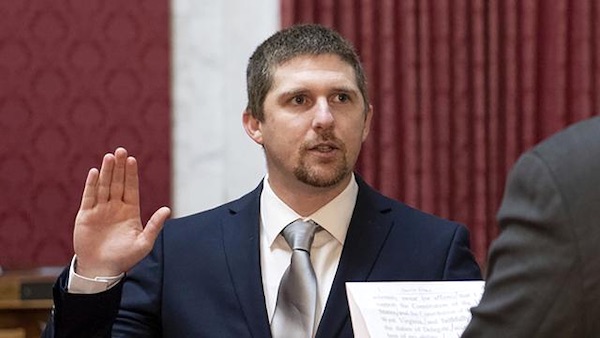 PRICHARD NATIVE TAKEN INTO CUSTODY BY FBI, AS WEST VIRGINIA STATE POLITICAL FIGURES AND ESTABLISHMENT GIVE BLISTERING CONDEMNATION OF HIS ACTIONS AFTER BEING IN OFFICE UNDER 6 WEEKS 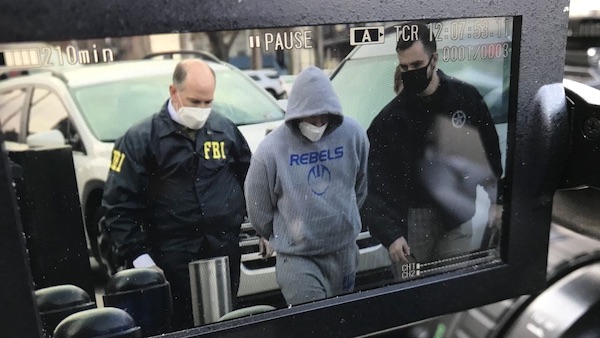 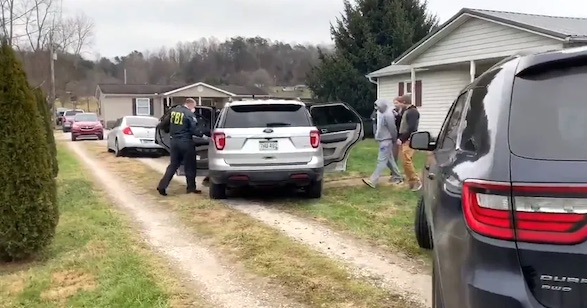 TO QUOTE A LINE FROM A TOM PETTY SONG; “A REBEL WITHOUT A CLUE.” WAYNE COUNTY, WEST VIRGINIA HOUSE DELEGATE DERRICK EVANS GETS ARRESTED AND IS FROG MARCHED BY THE FBI FROM HIS HOME IN PRICHARD, WHILE IRONICALLY WEARING A TOLSIA REBELS HOODIE SWEATSHIRT.

Derrick Evans, 35, of Prichard, West Virginia; has been charged with entering a restricted public building and violent entry and disorderly conduct on Capitol grounds.

According to the US Justice Department, specifically announced by the U.S. Attorney for the District of Columbia, Michael Sherwin, on Friday, January 8, state lawmaker Derrick Evans has been charged after entering a restricted area of the US Capitol with rioters. 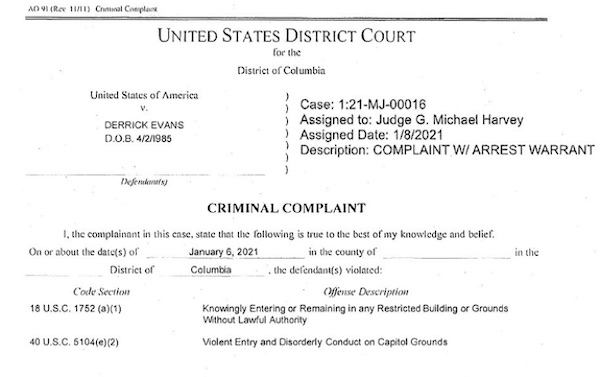 Derrick Evans participated in the storming of the United States Capitol building on January 6, 2021. Social media posts by Evans depict him traveling to Washington, D.C., with a busload of fellow Donald Trump supporters, none of whom were wearing face masks amid the COVID-19 pandemic. Derrick Evans filmed himself among the rioters who breached the U.S. Capitol. During part of a video that he uploaded to the internet and then deleted, Evans can be heard shouting “We’re in! We’re in! Derrick Evans is in the Capitol.

The Associated Press noted that in a video of Evans as he was attempting to breach the Capitol, he also could be heard chanting President Trump’s name repeatedly. Evans subsequently denied involvement in any destruction of property that took place during the riot, claiming that he was “simply there as an independent member of the media to film history.”

During his press conference on Friday, West Virginia Governor Jim Justice said the newly elected delegate who was seen storming the U.S. Capitol Wednesday has harmed the state’s reputation.

Shortly after the remarks by Governor Justice, in a sudden and surprise move, it was Governor Justice who made the breaking news announcement at the end of his press conference Friday that Derrick Evans had just been charged for his stunt at the U.S. Capitol by the Assistant U.S. Attorney for the District of Columbia.

“This came across, West Virginia Delegate Evans charged federally with entering a restricted area, according to the Federal Department of Justice,” said Gov. Justice.

Derrick Evans was arrested at his home in Prichard on Friday, January 8, by the FBI, and was taken to the Wayne County Courthouse in Wayne to be arraigned by a magistrate; where Derrick Evans posted his bond, thus negating the need to transport him to the Western Regional Jail in Barboursville in Cabell County.

On Saturday, January 9, after being condemned and universal calls for him to resign, Derrick Evans announced his resignation from the West Virginia House of Delegates according to his attorney. The Wayne County Republican’s resignation goes into effect immediately.

Derrick Evans had been a state house delegate for only 40 days, since his swearing in on December 1, 2020, after his victory winning the house seat on November 3 .

In a written statement, Derrick Evans said “The past few days have certainly been a difficult time for my family, colleagues and myself, so I feel it’s best at this point to resign my seat in the House and focus on my personal situation and those I love.”

Derrick Evans went on to say in his statement, “I take full responsibility for my actions, and deeply regret any hurt, pain or embarrassment I may have caused my family, friends, constituents and fellow West Virginians. I hope this action I take today can remove any cloud of distraction from the state Legislature, so my colleagues can get to work in earnest building a brighter future for our state. And more importantly, I hope it helps to begin the healing process, so we can all move forward and come together as ‘One Nation, Under God.”

In a statement released by West Virginia House of Delegates Speaker Roger Hanshaw following Derrick Evans resignation, he stated, “Delegate Evans was unfortunately a part of the events this week that threatened what has historically made America a beacon for the rest of the world: the peaceful transfer of power. In announcing his resignation, Delegate Evans said he accepted responsibility for his actions and apologized to those he’s hurt. In this time of overheated, hyperbolic political rage, I think that’s a good first step for us all to take right now.”

West Virginia Republican Party chairwoman Melody Potter issued a statement on Evans’ resignation that reads in part, “Mr. Evans made the right decision for his constituents, his family, and the state of West Virginia by resigning as Delegate. Join us in praying for our nation, Mr. Evans, and his family. In America, we do not solve issues by resorting to violence. We use the ingenious political process designed by our founding fathers to create legislation, govern, and solve disputes. “