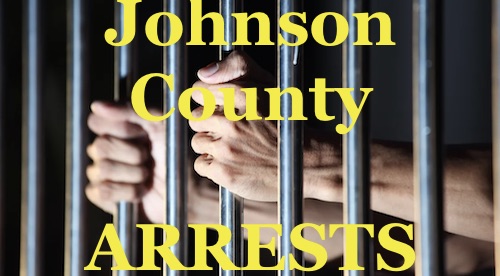 JOHNSON COUNTY MAN ARRESTED FOR FLEEING FROM DEPUTIES, CITY POLICE OVER ARREST WARRANT…THAT DID NOT EXIST 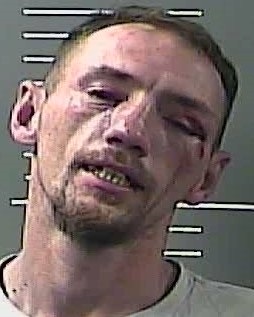 SILLY RABBIT, THERE WAS NOTHING OUT FOR YOU TO CAUSE YOU TO RUN AWAY: JONATHAN DALE, 33, WAS ARRESTED AFTER HE RAN FROM POLICE BECAUSE HE THOUGHT THERE WAS AN ACTIVE ARREST WARRANT FOR HIM.

A Paintsville man was arrested on early Tuesday morning, January 5, on half a dozen charges, including menacing, resisting arrest and assault after a Johnson County Sheriff Department deputy said he observed the man acting suspiciously and the man failed to stop for officers, then resisted arrest.

According to the arrest citation report, just before 3:00 A.M., Johnson County Sheriff Department deputy Jason Arms said he observed Jonathan Dale, 33, of Paintsville, walking in the Woodland Court area of Paintsville and acting suspiciously, and in the citation deputy Arms also noted that Jonathan Dale’s name had “come up in the investigation of a burglary and automobile thefts recently,” and that deputy Arms wished to interview Dale. According to deputy Arms, he stopped his cruiser and got out of the vehicle, at which point Jonathan Dale began to run.

Deputy Arms said he issued “numerous loud verbal commands” to stop and identified himself as a deputy of the Johnson County Sheriff Department, which Jonathan Dale ignored and continued to flee. The arrested citation report said that, after a long pursuit on foot, Jonathan Dale was found hiding inside of a van belonging to B&B Distributors at the corner of Jefferson Avenue and 11th Street.

According to the arrested citation report, Paintsville Police Department Officer Dennis Hutchison came to the scene to assist deputy Arms, and after which then officer Hutchison ordered Jonathan Dale to show the officers his hands and Jonathan Dale again ignored the commands – leading to deputy Jason Arms approaching the vehicle to “go hands on with Jonathan Dale.”

After deploying two taser cycles, law enforcement was able to gain control of Jonathan Dale and placed him in handcuffs, the arrest citation report said onward, that Jonathan Dale told the officers he had run from law enforcement because he had believed, apparently mistakenly, there had been a warrant issued for his arrest. Deputy Jason Arms said that he checked the National Crime Information Center and confirmed that Jonathan Dale did not have any active warrants at the time of the foot chase incident.

Jonathan Dale was arrested and was charged with six criminals offenses: 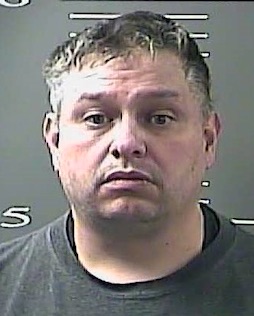 A Michigan man was arrested New Year’s Eve in Paintsville after a Johnson County Sheriff’s deputy reportedly found him to be in possession of a large quantity of marijuana and psychedelic mushrooms.

According to Johnson County court documents, at approximately 10:30 P.M. on Thursday, December 31, Johnson County deputy Chad Penix observed a 2008 Cadillac STS being driven on U.S. 23 with only one headlight

Shane Denslow, court documents said, initially said he did not, but later admitted to deputy Penix that he had a marijuana roach.

The arrested citation report stated that Shane Denslow was then placed under arrest, and that then Shane Denslow gave officers permission to search his vehicle, and, during the search, the officers found a black tool bag which held six containers of a green leafy substance believed to be marijuana, a set of scales, a bag full of psychedelic mushrooms and empty plastic baggies. Shane Denslow was also found to be in possession of $790 in cash.

Shane Denslow then gave permission to search his room at the Ramada Inn in Paintsville. During that search, the arrest citation report said, officers found five large mason jars containing marijuana, along with another plastic bag containing psychedelic mushrooms.

Shane Denslow was arrested and was charged with:

JOHNSON COUNTY MAN ARRESTED FOR ASSAULTING HIS GIRLFRIEND, THREATENING HER WITH KNIFE, FLEES IN HER CAR TO LAWRENCE COUNTY 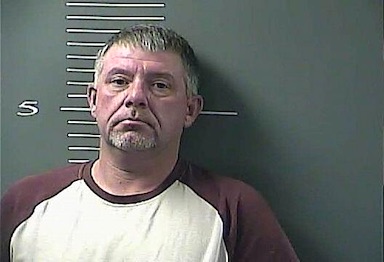 A Johnson County man was arrested on several charges on New Year’s Eve after he allegedly assaulted and threatened a woman then fled the scene in her vehicle.

According to Johnson County court documents, on early Thursday morning, December 31, Johnson County Sheriff Department deputy Jason Arms was dispatched to a residence at Ky. 3224 at River in reference to a possible domestic violence incident.

According to the arrest citation report, 911 dispatchers, deputy Arms wrote, told him the female victim in the case, identified in the citation as Faith Ramey, stated that her boyfriend, Kenny Lee McKenzie, 42, of Patterson Creek, in Flat Gap, had assaulted her and tried to kill her.  She said she and her daughter had fled to a neighbor’s residence. but that Kenny Lee McKenzie, the caller said, was armed with a knife and she told dispatchers that her three-year-old son was still inside the residence.

While deputies were responding, deputy Arms wrote that they were informed by 911 dispatchers that Kenny Lee McKenzie had fled the scene in the victim’s car, leaving the child alone in the residence.

By the time deputies arrived at Ky. Rt. 3224 in River, Kenny Lee McKenzie had taken Faith Ramey’s car and fled, and that Faith Ramey and her daughter had returned home where her son still was.

Further written on in the citation, Faith Ramey told the deputies that Kenny Lee McKenzie had punched her, wrapped his arm around her neck, and held a knife to her throat when threatening to kill her.

911 emergency dispatchers had informed deputies that McKenzie was driving a red Ford Focus towards U.S. 23 and that his aunt lived in that direction in Lawrence County.

Kenny Lee McKenzie was arrested on the three charges he committed in Johnson County, which were:

Kenny Lee McKenzie was transported to and lodged in the Big Sandy Regional Detention Center in Paintsville at 2:01 A.M. 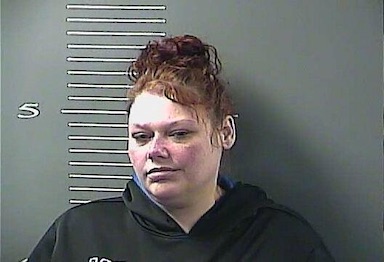 TIFFANY BROOKE PRATER, WHO SLEEPWALKED HERSELF INTO HER OWN DRUG BUST.

A Johnson County woman was arrested on Wednesday, December 23, after a Johnson County Sheriff’s Deputy reportedly responded to a complaint of a “possible intoxicated female” in the Zip Zone on Ky. 1559, and discovered the woman asleep in a booth in the Subway at the filling station, according to Johnson County court documents.

According to the arrest citation report, Johnson County Sheriff Department Deputy Jeffrey Castle wrote that he woke the woman, Tiffany Brooke Prater, 31, of Wittensville, and asked her to step outside of the station to talk. According to the citation, deputy Castle asked Tiffany Prater if she had “taken anything” that day, and Tiffany Prater stated she had only taken her medication.

When deputy Castle asked Tiffany Prater about the pills, the citation said, she reached into the bag and tried to hide a small plastic bag containing methamphetamine. Deputy Tiffany Castle said in the citation that he then placed Tiffany Prater under arrest, and that he “cleared the apartment for officer safety,” revealing two more bedrooms with drug paraphernalia laying in plain view, including several glass pipes and bongs, alongside pills, scales and weights for “checking the scales.”

Tiffany Prater was charged with:

After Tiffany Brooke Prater was transported to and lodged in the Big Sandy Regional Detention Center in Paintsville at 6:47 P.M., Tiffany Prater’s bail was set at $5,000; and she posted her bond the next day on Thursday, December 24.

Tiffany Prater is set to be arraigned on February 1,2021, according to Johnson County court documents.