GROWING UP IN LOUISA… Can you Dig it?

Can you dig it?

I don’t know where or when it started with me, but I do know it is the nature of man to harvest goods they haven’t sowed. I’m not alone. Maybe it started with a comic book, or children’s book read to me by my mom or a grade school teacher. So basic it seems to be an element found in many good people.  I think I was born with a desire to discover history and even to uncover artifacts or treasure left by an earlier generation. Once a romantic idea, things have changed somewhat in the years since my childhood relating to pursuit. I spent a little time trying to stumble upon an abandoned mine, but I would have been just as happy to find an arrowhead among the rocks. It took an element of luck, as it still does, but today we have metal detectors and side scanning radar, and cameras mounted on drones to help us zero in our targets. There are also large groups of college-trained archeologists that are, or should be several steps ahead of us amateurs. Rather, it is easier for this old man to watch others scramble over the mountains or dive beneath the oceans waves. It is safer and far less demanding, yet the real prize surrounds me as I navigate through the channels.

Long before I attended the high school in my little town, I was known to wander up the face of town hill where I searched for signs that man had visited this spot before. I noted when the color of clay changed from a gray tone to red and wondered if that had meaning. I saw that there was a scattering of rocks and pebbles including sandstone, commonly on the ground. There was also deposits of quartz, coal, and some kind of shale including slate. I dreamed I might find a gold nugget or a spent bullet left from the Civil War. Old shotgun casings were commonly found in the wooded areas near the top of the hill. Of course this was the former site of old Fort Bishop, built and manned by union forces during the aforementioned war. Metal detectors were only available by the military. They were used to find safe paths through the mine fields in WWII. The public at that time, unlike today, did not have access to use them to locate old coins, bottle caps, or spent projectiles.  Yes, archeology has many new tools developed over time. 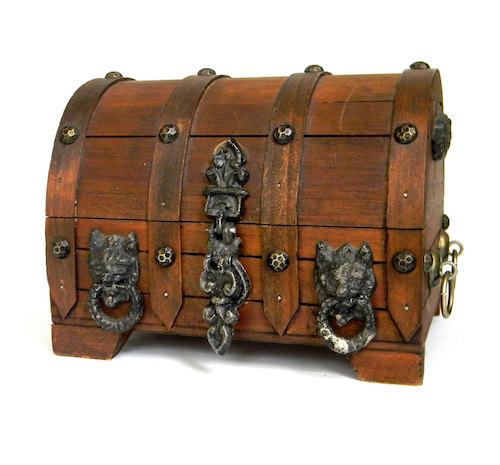 I have to admit that I love to catch the latest on the History Channel about the adventures of digging on Oak Island. Every week exciting new discoveries are found. They seem raise more questions about the mystery of that place than to solve it. Nonetheless, it feeds my appetite of digging for the week. It doesn’t matter so much whether the searchers find something of great financial worth such as the enticing suggestions sprinkled throughout the script, but it is by far the mystery of the searching activities relating to this small isolated island in Nova Scotia. I cannot help but recall a trip I made through the area with my family a number of years ago. I drove near Oak Island when traveling from Halifax to Yarmouth to catch a big ferry back to Bar Harbor, Maine. I saw the villages and landscapes featured on this favorite weekly show.

When I grew up in Louisa I loved to go down to the river bank, especially when the water was low. It enabled me to search the slopes or river bottoms. I’d try to dig around remnants of sunken boats or barges that nature had uncovered for me to find. It was only a few generations before I was born when all commerce depended on the river as a beltway to ship and receive supplies and transportation. The roads north or south were few and difficult to use. The inhabitants used horses, mules and oxen on those muddy and steep pathways. It was slow going. The river was much faster and smoother. The main dock was down the hill from the end of Main Street on Water Street (Later renamed Vinson after the late Chief Justice). The first general store was on this corner. They sold equipment, supplies, furniture, trunks, caskets, wagons, ammunition, and feed, or about anything else the people needed. In my exploration of this area I saw where the old steamboat landing was, and figured many a barge had unloaded there when the water depth allowed. I’m sure the dam was working in those day, much as it is now. In my day the locks and dam were wide open and non-functional. The lower water level helped me to travel around looking at the landscape and ruminants of old structures.

I never walked a woodland stream or creek that I didn’t constantly look for the color of gold in the rocks and stones. Mostly I saw minnows and crawdads, but I tired from looking for whatever I might find. I have to admit I never came up with a gold nugget but I’m also convinced that someone looking with a metal detector in the right kinds of geological character may strike it rich. Much of the time spent searching in old barns, abandoned buildings and home sites, I dreamed of finding someone’s private bank, perhaps in jars buried on the property. People have found such things and still do. 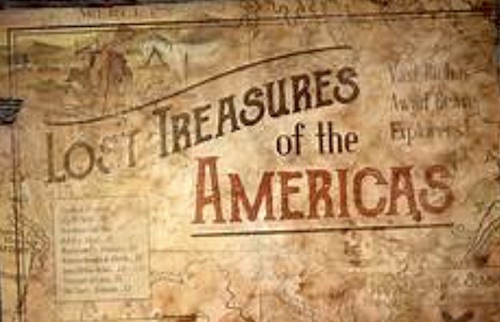 It wasn’t so much that I wanted to be rich, or that I liked diamonds, emeralds, or rubies. It was the history and the idea of finding that which was lost. If I found a hoard in somebody’s barn I would have gladly turned it all over because it was the pleasure of finding it that had real value. The books I read about buried treasure kept my imagination flowing. Whether an old coin, a lost ring, a piece of a horse shoe, a barrel stay, or a tool, it is all treasure to me. They don’t all have to be bobby-dazzlers.  In fact, finding something of real monetary value may be more trouble than that simple find that confirms again that mankind was here before me and therefore history can be uncovered.

The problem connected with real treasure, or money, is that finding the prize can lead to trouble. The buccaneers of old were known to kill, even if it meant killing a fellow crew member, to keep them from divulging where ‘X’ marked the spot.

Of course this was just the startup of wild ideas people, including me, have about such things. There are plenty of places where mobsters, road bandits like Jesse James, or others have buried stolen loot. Then there’s a long list of lost gold mines, such as the Dutchman’s Mine near Phoenix in the Superstition Mountains. Many people are out there right now looking, using metal detectors or just kicking over rocks. Some are literally dying in the pursuit of the mother lode.

I also learned to browse used furniture businesses. I might see an odd chest of drawers, or desks with inkwells, old pictures or a drawing of another day. I even liked the stacks of old books and boxes of junk once collected and then abandoned. I knew I might find a loose marble, a Jews harp, a fretless banjo, or even a secret drawer, perhaps holding an official document of some kind. If I found anything I alerted the storeowner, but on abandoned buildings I usually left the artifact for the next explorer. I often wonder what someone would think if they found something of mine that I lost or left behind.

While these dreams are fun and entertaining it might be better to spend our time and energy on the real treasures of life. Almost any amount of money found could lead to problems and would quickly disappear anyway. Even lottery wins open the door to problems galore. After all, it is our family, our children, and grandchildren and the legacy of living right that matters most. Righteous living and a wide circle of friends is good living, indeed, and to be treasured. As the title of this articles suggests using the phrase of an earlier time, I can dig it, man!