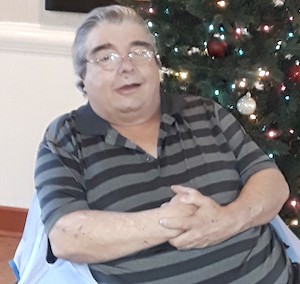 Samuel Lynn Collins, 65, of Louisa, KY passed away Tuesday, January 5, 2021 at Three Rivers Medical Center due to complications with a previous stroke.

Sam was born May 21, 1955 in Louisa, Kentucky to the late Bud and Barbara Thompson Carroll. In addition to his parents, he was preceded in death by his grandparents, Otha and Ivory Hayes Thompson, and a brother, Buck Carroll.

He is survived by two brothers, Roger (Barb) Carroll and Jeff Carroll; one sister, Glenda (John) Tackett; and a host of nieces and nephews

He was a Truck Driver for the Louisa Coca-Cola Bottling Company.

A graveside service will be held at a later date.