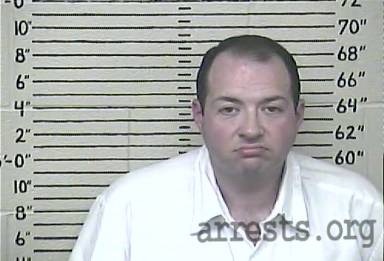 STEVEN WAYNE WHITT, 38, OF SANDY HOOK, KENTUCKY; WHO IS THE ELECTED ELLIOT COUNTY CORONER, WAS ARRESTED IN THE GRAYSON AREA OF CARTER COUNTY ON DRIVING UNDER THE INFLUENCE AND OTHER TRAFFIC CHARGES.

An elected official from one Eastern Kentucky county is facing charges in a neighboring county after being arrested Tuesday night.

According to the Grayson Police Department, the Elliott County coroner was arrested on driving under the influence, and other charges near Grayson in Carter County,

According to the arrest citation report from Grayson Police, the incident happened around 7:00 P.M. Tuesday evening, January 5, when police said they were sent to the area after receiving calls about a reckless driver in a white box truck.

Officers located the truck and noticed the box truck being driven erratically after it left a liquor store parking lot along Interstate Drive and followed it for some time. After noticing that the truck was driving on the center line and did not have a registration plate it was pulled over. Officers said the driver nearly turned the truck over on its side as they pulled him over.

The driver was found to be Steven Wayne Whitt, 38, of Sandy Hook, Kentucky; who is listed as the coroner on the Elliott County government website.

Steven Whitt was asked to step out of the truck to do a sobriety test.

Steven Whitt was transported to and booked at the Carter County Detention Center at shortly before 10:00 P.M. Mr. Whitt posted his bond and was released from the jail late Wednesday morning.