FRED JONES: I was thinking of Ben Compton today… 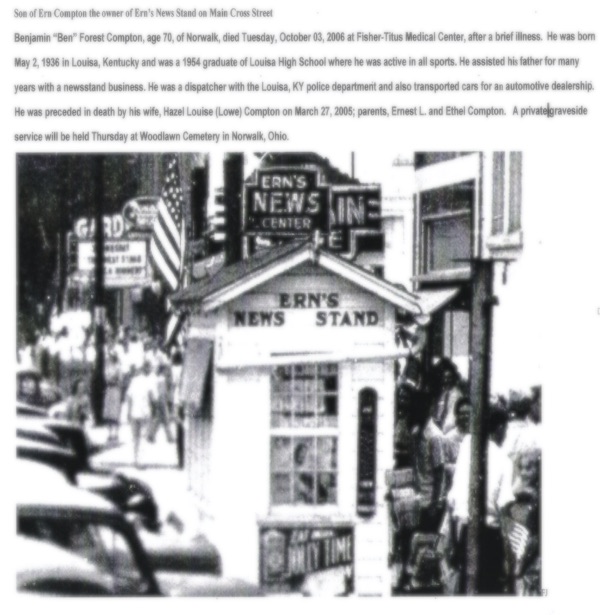 I was thinking about Ben Compton this morning.

How devoted he was to his father’s news stand, Newspapers were dropped off there that were delivered around Louisa by kids like James and Charlie Caudill,  Joey McKenzie and many others.  The one that I remembered the most was Sonny Branham he was my good friend, he told me not long ago that his paper in town was 106 customers; he made $15.00 a week which wasn’t bad money for that job. Ben Compton would take some out the stores where they had racks of papers from everywhere.

Yes Ben really like the Christmas Season, at their home in the basement we would bag up hard candy from J.R. Miller’s Wholesale, also walnuts that people would sell to Ern and some stick candy.  I remember “when Ern would come in the back door he would say to downstairs bagging, I don’t hear any of you singing Christmas Music.”  So one time I asked him, “why do you want us singing all of the time?’  Ern laughed and said, “you can’t chew and sing at the same time so start singing.”  So don’t be eating any candy and walnuts boys.

Ben was good at getting basketball teams together around the area for some games, I cannot remember the names of the teams, I know that we did pretty well.  Bill & Fred Jones, Paul Maynard, Sonny Branham, Frank Wagoner, and some others.  Also Ben was big in baseball good player use to play first base all of the time.  I know that I am leaving out some good players i just cannot remember that good.

All that I can say is Ben Forest Compton you are missed. 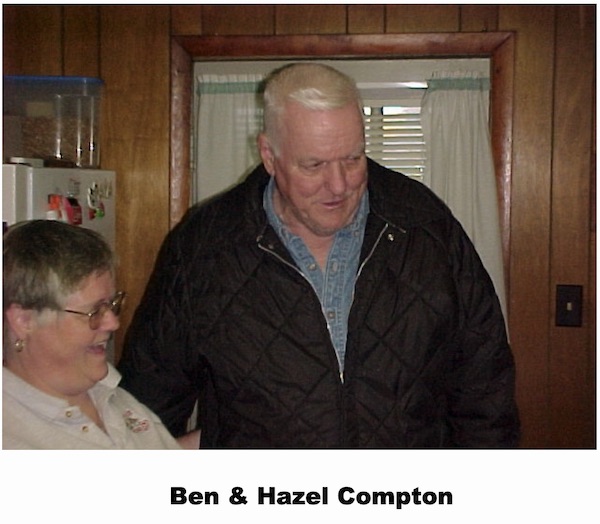