Trenton Adkins looks to make a move against Logan Layne of Phelps. 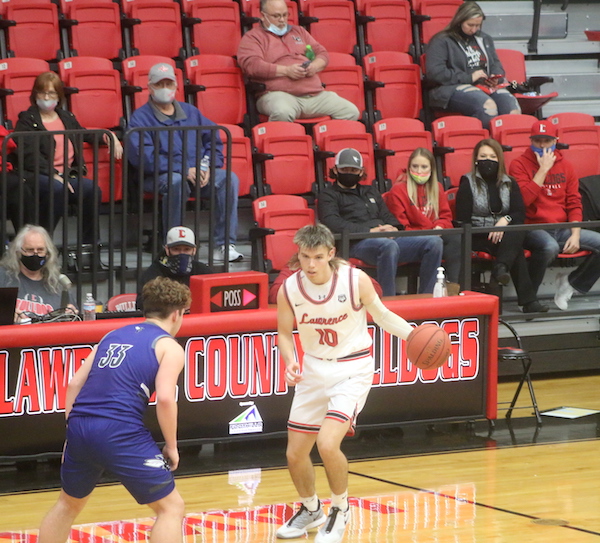 The Dawgs were balanced in the victory with 18 points from Adkins, 11 points each from Baden Gillispie who hit 3 three pointers and Cody Maynard who hit 2 three pointers, Kaden Gillispie netted 7 points, Will Lafferty tossed in 5 points, Brody Diamond 4 points and Zach Holt 2 points. 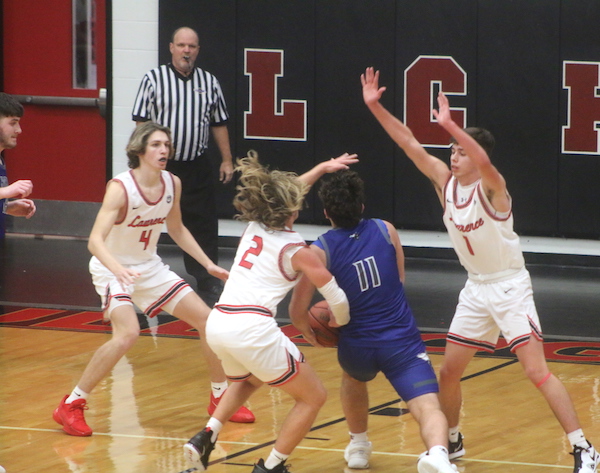 Lawrence Co. hit 7 three pointers and went 3 of 4 from the foul line.

Phelps hit 3 three pointers and went 7 of 12 from the foul line.

Lawrence Co. led 33-10 at Halftime and cruised to their season opening victory over Phelps in the second half. The entire roster got minutes.

#24 Will Lafferty takes a shot against Phelps in the season opening win for Lawrence Co. 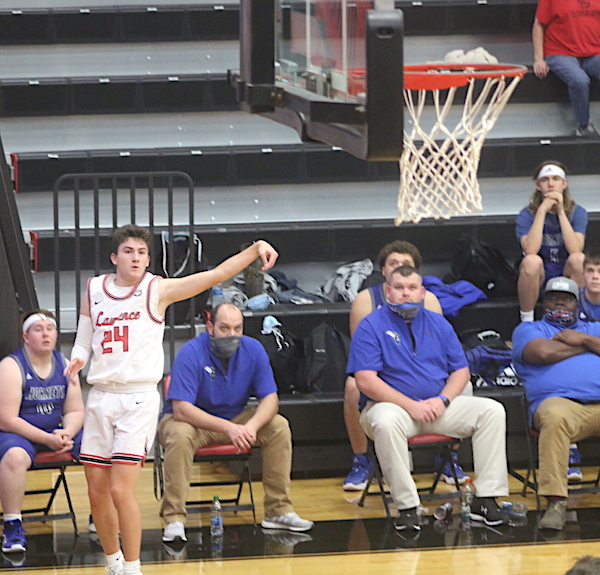 The Bulldogs will travel to Fairview tonight to face the Eagles who lost to Boyd Co. Tuesday night 70-31.

Phelps will play East Ridge in the All “A“ Classic at the Appalachian Wireless Arena Saturday night.

“… Great team effort to start the season off with a win. Had some nerves at first but overall our guys settled in nicely and played hard for each other. It was nice for everyone that dressed to get some playing time. Looking forward to going to Fairview Wednesday evening!”

FRED JONES: I was thinking of Ben Compton today...