Lady Bulldogs start the season with a bang in victory over Pike Co. Central

Sophie Adkins knocking down one her five three pointers in her first varsity start. 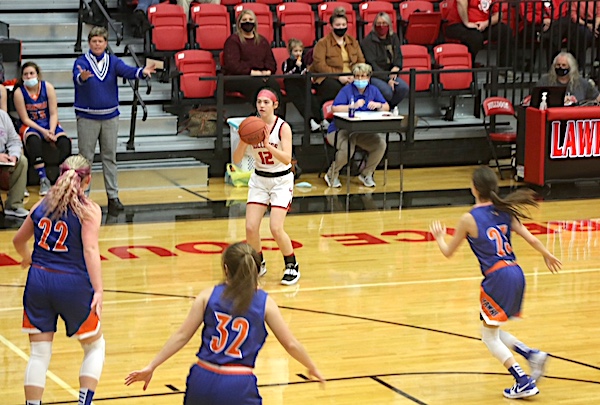 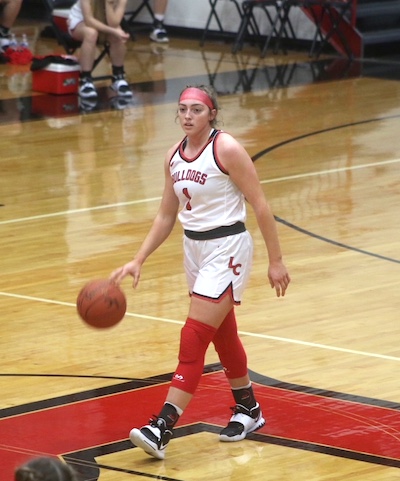 Lawrence Co. led 54-16 at Halftime and cruised to the victory in the second half.

The Lady Dawgs hit 10 three pointers and went 3 of 4 from the foul line.

The Lady Hawks didn’t connect on a three pointer and went 10 of 22 from the charity stripe. 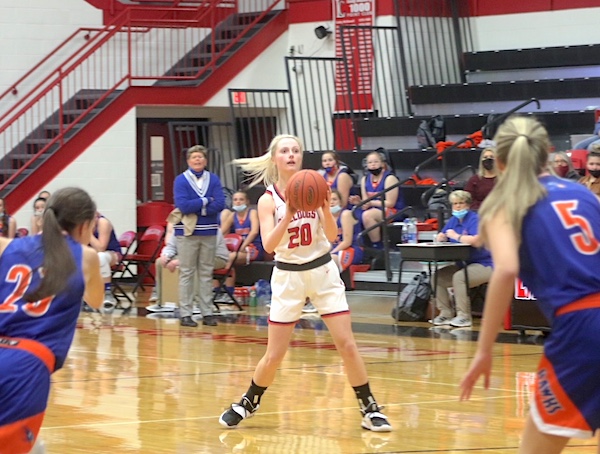 “… They played a triangle and 2 and chased Brooke and Kensley all over the floor and Sophie was able to knock down some clutch three pointers for us.”

“… Playing without the Ward sisters tonight, we asked some kids to step up and they did. Kensley and Brooke gave us what is expected and it was nice to have the other Sophie and Tyra step up along with Abby always nice to put 4 players in double figures.”

“… Ellie Webb didn’t score as much tonight but she passed well and passed up a few shots she should have taken. She played well for us also. Our girls all played very unselfish looking for each other and that’s what we were very proud of. Always nice to start the season with a win.”