Louisa, Ky. — After falling in the 15th Region championship game the Lawrence Co. Bulldogs are preparing for another deep postseason run.

The Dawgs went 22-12 overall last season and played their best basketball in the postseason with a 4-1 record, a 58th District Championship with wins coming over Floyd Central, Prestonsburg, Paintsville and Shelby Valley before losing 65-61 to Martin Co. in the Region title game.

The Bulldogs will kickoff their season Tonight at approximately 7:30 against former 60th district foe Phelps at Home. 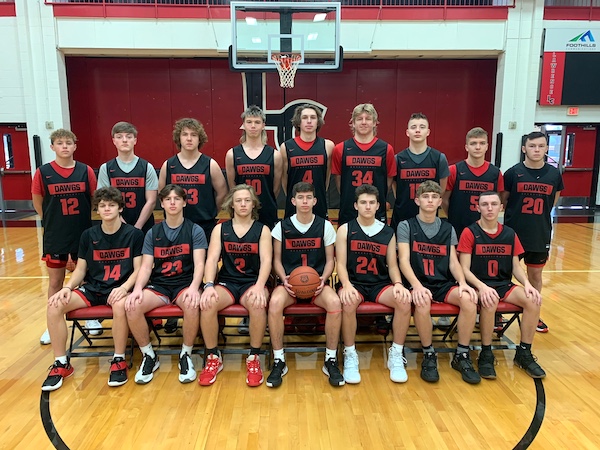 Lawrence Co. lost 4 seniors from that team including Tyler Maynard, CJ Fairchild, Chase Sartin and Alex Ratliff but return 3 starters who all played their best during that magical postseason run.

Senior Baden Gillispie, 8 points per game, is one of those starters last season will be counted on even more this season, Junior Cody Maynard averaged 15 points per game, made a team high 64 three pointers and was the teams leading free throw shooter at 80% and was outstanding down the stretch as was Junior Trenton Adkins who scored 10 points and was the team leader with 7 rebounds per contest and might have been the best player on the team in the region tournament. Both players will be counted on heavily this upcoming season.

The Bulldogs will have two new starters this year, with Sophomores Will Lafferty and Kaden Gillispie in the mix along with Juniors Dawson Bellomy and Zach Holt and Sophomore Andrew Bloomfield.

First five games for the Dawgs will be challenging as will the rest of the schedule. After hosting Phelps tonight they will travel to Fairview Wednesday, Johnson Central Saturday, Paintsville next Tuesday and then at Rose Hill on Friday January 15th. 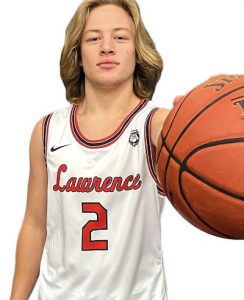 “… We had a good season last year and I was blessed to step in for my first year as as Head basketball Coach and have great kids, along with great players. That part of it was a blessing. We talk about it with these kids all the time that last year was fun and it’s something we will always remember but it is something we have to get past. It’s time to roll again and take it a step further hopefully. Everything since that time has kind of went down hill but hopefully we are able to get a good start here on January 4th. We are really looking forward to that no matter what. It is crazy and there is a lot of things we have to do to be able to play but whatever we can do to get these kids to be able to get these kids on the floor but whatever we can do is what we will do to get these kids to be able to play. We are going to miss the four seniors we lost from last year. Those guys were great students, great basketball players, and just great kids. They were very fun to be around. When you can have guys like that and a senior class like that the leadership aspect of it is good for your team and we will miss those guys. They have all gone on and are doing well in college and excited for their futures and were excited for the relationships with them along with the time we got to spend together, we will always be a family to those men.”

“… We have some pieces in place with Cody Maynard and Trenton Adkins looking to advance their skills after playing well in the postseason last year. They are good, definitely talented, and stepped into more of a leadership role. They are starting to lead a little more in practices. Then we have some younger guys who are starting to step up. We have Baden Gillispie who is obviously a Senior and doing a good job in the leadership role and Kaden Gillispie and Will Lafferty who are sophomores and coming on strong and playing well. We have Zach Holt and Andrew Bloomfield and Dawson Bellomy. I could go on and on and I could mention the whole teams name there. They are just stepping up and getting really serious and excited to compete everyday. When your excited to compete, everyday good things come from that.”

“… Conditioning wise was the biggest thing for us when we had to stop. We spent the first three weeks when we got a good start just conditioning trying to get in shape. We started getting in shape and then had to stop. We started back at square one a couple weeks ago so we are starting to get in shape. Team wise we are starting to get things done that we need to get in. I think it just comes down to reps and get some game reps. Not having scrimmages and stuff but it is what it is and coming down to this first game it is exciting. No one has seen anybody so it’s kind of a blind draw but we are really looking forward to it and see these kids play.”

“… We had to make too many schedules so far. The news with WV schools not getting to start til March gives us two more games that we have to reschedule. It’s been a nightmare but it’s been worth it. Anything we can do even though some of this stuff is a headache it’s well worth it. The schedule is good there is some tough games there in the beginning. We got Johnson Central, Paintsville, Boyd County, and Martin County there on a two-to-three-week span but we are excited for it. We’ve got one senior so we will have all these guys back again. It’s good to expose them to those things now and let them line and go through it hopefully it will pay off in the long run. We played a brutal December last year. It was tough and I wondered why we were doing it but in the end it makes you play better and be a better team.”

“… The 58th District is solid from top to bottom. Anybody can beat anybody on any given night. I really believe that. Betsy Layne is going to be a really good team and their long and athletic. Prestonsburg they took us to the wire a couple of times last year and they are just tough, they are well coached and competitors. Floyd Central has the same thing. It took overtime to beat them here last year and was in a dog fight up there as well. It’s tough. You got to be ready to play those games. I am excited and these kids are excited to play these district teams. It will be tough but we are looking forward to it.”

“… It’s crazy that this is my last year. I’m already a senior, it’s been a crazy year so far and seems like it has flew by. Everybody looks forward to the senior year as an athlete.”

“… It makes us hungry after falling in the region championship game to Martin Co. we lost some guys off of that team but I think we have the prices to get back to the spot once again.”

“… I’ve played with Tyler, Chase, Alex and CJ since the sixth grade so it will be different not having them out there but with this team so far we have great chemistry and I think we will be fine. Can’t wait for the Phelps game.”

“… When we left for Midland I thought it was a possibility to come back for basketball because I’ve always wanted to finish as a Bulldog.”

“…I’m looking forward to playing against Pikeville they but us here on Senior night so I’m ready for them. Also want to play Paintsville, Johnson Central and Martin Co. even though they lost Trey James they will be a team to reckon with.”

“… We have had a great preseason so far even though we got stopped and then had to start again. We are excited to get it going against Phelps. I think the big difference with this team is we are all connected, we are like brothers out there, we play for each other and we believe in what Coach is trying to teach us. Everybody is working hard and excited to show what we can do on the floor and make another run like last year.”

“… With myself, Trenton and Baden coming back after making that run we all gained so much experience and with Kaden and Will along with some other guys will need to step up so we can do some big things. We all have the same mind set which makes it easier.”

“… I haven’t played a basketball game since March so I have been working on my game when I can. It’s been tough with everything going on. We didn’t get to play in the summer like usual so it has been a lot of individual stuff for the last 7-8 months.”

“… I think it has been a easier transition foe me to step up and be a leader I have been playing varsity since the 8th grade and got to learn from guys like Timmy Dalton and Tyler Maynard. Now it is my turn to the same.”

“… I wish we were playing Shelby Valley but it didn’t work out as of now, I enjoy playing against Keion Worrix. Also Belfry because of Sal Dean, I love those type of matchups.”