KENTUCKY STATE POLICE ELECTRONIC CRIME BRANCH FORENSIC COMPUTER ADAM CERVELLONE.
With the year of 2020 nearly over,the Kentucky State Police Electronic Crime Branch in Frankfort, Ky. is reporting an increase in cybercrime arrests when compared to the previous year,especially cases involving child pornography and sex solicitaiton of children.
The KSP special investigation unit, which is composed of 16 detectives and nine civilians, received more than 3,100 cybercrime tips, leading to 707 completed investigations and 114 arrests, which was an overall increase from 2019. .
While the KSP unit investigates several types of cases,including fraud,one of the largest areas of investigation involves those preying on children through children sexually abused via pictures & video, and child sexual enticement.

The Kentucky State Police Electronic Crime Branch works with the Kentucky Internet Crimes Against Children Task Force to investigate these cases. While the investigative unit handles a variety of cybercrimes, they partner with the Kentucky Internet Crimes Against Children (ICAC) Task Force to protect the most vulnerable victims, Kentucky’s youth. The ICAC Task Force, which includes several law enforcement agencies in the commonwealth, has received 3,137 cybercrime tips so far in 2020.

The ICAC Task Force Program is a national network of 61 coordinated task forces representing over 4,500 federal, state, and local law enforcement and prosecutorial agencies. These agencies are continually engaged in proactive and reactive investigations and prosecutions of persons involved in child abuse and exploitation involving the internet.

“I want to thank the dedicated detectives and staff of the KSP Electronic Crime Branch and the law enforcement agencies on the ICAC Task Force for being a member of Team Kentucky. The work they do day in and day out is hard, tough and at times can be emotionally draining, but they do important work for Kentucky’s youth to help provide a better and safer state for our children to grow up in,” said Governor Andy Beshear recently about the KSP unit. 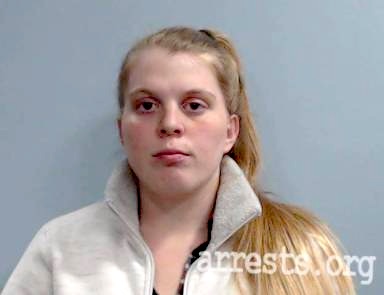 PAIGE DANIELLE CAGLE, 27, OF LEXINGTON  KENTUCKY; WHO WAS ARRESTED IN MARCH 2019 ON FEDERAL CHILD PORN & CHILD SEX CHARGES; WAS RECENTLY SENTENCED TO 25 YEARS IN FEDERAL PRISON ON HER CHARGES.
The investigation began in 2019, when a Springfield, Missouri man confessed that he received and possessed child pornography on his cell phone,having received images from Paige Cagle over various messaging applications. Through an intensive investigation, Paige Cagle, who was just 25 when the investigation of the case began, admitted that she had sexually abused a young child and made videos of the abuse while in Joplin, Missouri, and three videos of the abuse while in Clark County, Kentucky. She will serve 85 percent of her sentence and will be under the supervision of the U.S. Probation Office for life upon her release.


“We are seeing predators using more sophisticated techniques to connect with young people online, and in some cases, they impersonate a youth around the victim’s age,” says KSP Lieutenant Mike Bowling, who is an officer in the Electronic Crime Branch. “Predators are using online games and social media messaging platforms to draw kids into sexually explicit conversations where they will eventually coach them to share inappropriate photos and videos of themselves.”

Lieutenant Bowling says not all tips lead to an arrest but that they take them all seriously. “Most of us who work in this branch are parents ourselves and I think that drives us to be more diligent. We know that every child is just a ‘click’ away from potentially falling prey to these criminals,” according to Lieutenant Bowling.

The KSP Electronic Crimes Branch stated that they would like to make parents aware that one of the best resources they can utilize to help protect and educate their children from online predators is the Netsmartz website. The website has helpful resources, videos and tips for all ages available at no cost.

Any person who needs to report can report internet crimes against children, can do so confidentially by CLICKING HERE.

KSP LABS ONE OF THE FIRST LABORATORY SYSTEMS IN THE U.S. IN VOLUNTARILY ADOPTING SCIENCE GROUPS RECOMMENDED RIGOROUS STANDARDS IN THE ANALYSIS OF POLICE SEIZED DRUGS, RECEIVING OVER HALF OF THE FIRST NATIONAL CERTIFICATIONS 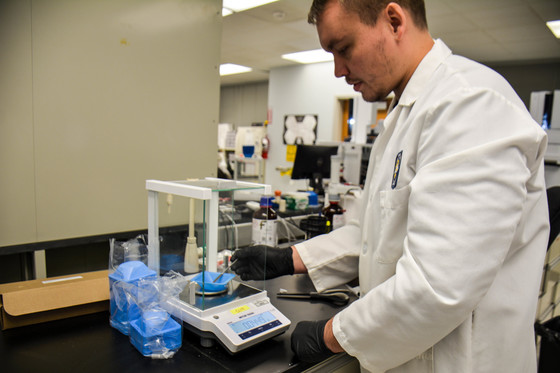 The Kentucky State Police (KSP) Forensic Laboratories around the state were recently recognized by a nationally renowned organization called ‘Organization of Scientific Area Committees’ (OSAC) for voluntarily adopting rigorous standards in the analysis of seized drugs. KSP labs are one of the first lab systems in the country to adopt these standards.

The OSAC organization exists to be the gold standard in scientific testing, protocols and best practices to help ensure forensic analysis is reliable and reproducible.

KSP employs 30 lab personnel who are specifically assigned to drug analysis located across the state at six separate labs. These facilities receive evidence from every law enforcement agency in the Commonwealth and on average, forensic scientists complete a total of nearly 30,000 drug cases every year.

“Kentuckians can trust the science that’s being performed at our labs. When we get a drug submission we’re using objective, scientific testing to determine what type of drug it is,” said director Triplett. 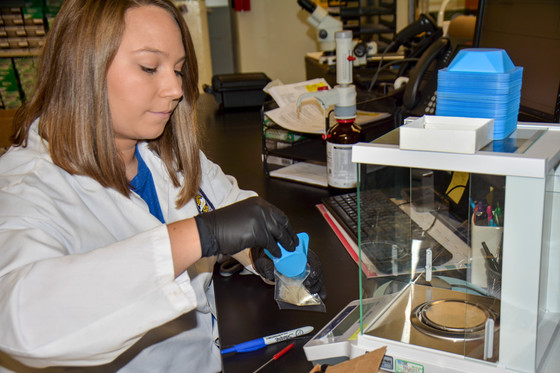 “I’m really proud of our staff and the work they do, to be highlighted as one of the best of the best,” said director Triplett. “KSP labs are really at the front of this and Kentucky can be proud.”

The Kentucky State Police is seeking to fill full-time positions at the six various Forensic Laboratories across the Commonwealth. If you are interested in a career, you may apply at https://careers.ky.gov or contact 502-564-5230 for more information.