$2,500 REWARD FOR INFORMATION ON ELK POACHING IN MARTIN COUNTY

A WHOLE LOT OF BULL FOR NO GOOD REASON?

ILLEGAL SHOOTING APPARENTLY DONE FOR THRILL KILL, AS THE ELK WAS NOT CLEANED AFTER KILLING FOR HARVEST OF MEAT 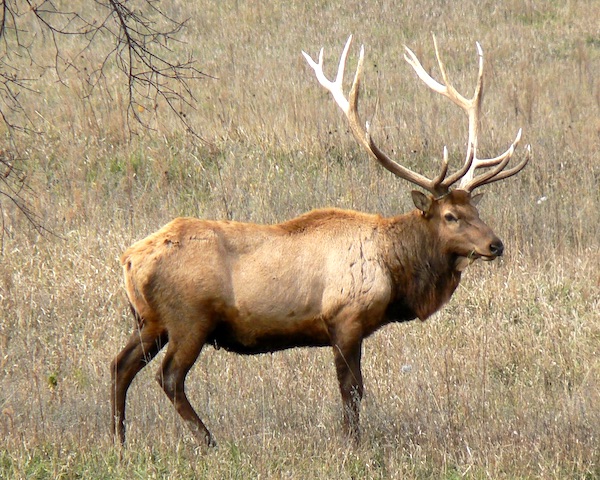 AN ADULT BULL ELK LIKE THIS ONE IN THE ABOVE PICTURE, WAS ILLEGALLY KILLED IN MARTIN COUNTY, KENTUCKY; THE DAY AFTER THANKSGIVING IN LATE NOVEMBER 2020, APPARENTLY AS AN ACT FOR THE BRUTAL THRILL CAUSE.

The Kentucky Department of Fish and Wildlife Resources is offering a $2,500 reward for information leading to the arrest and conviction of the person responsible for senseless poaching an adult bull elk in Martin County, Ky. late last month.

Two rabbit hunters discovered the elk’s headless body on November 27, near the Davella. community area of Martin County. Game warden officials determined after their examination that from the condition of the body of the elk, that the animal had been killed that same morning or the previous night.

Both of the hunters reported they heard a rifle shot before finding the elk, but were not sure if it was related.

Firearms seasons for elk were not open at the time.

In somewhat of a surprise, no meat was taken from the bull elk, according to state same warden officers involved in the case, which made the death of the bull elk even more dastardly, as it was done by the one or more shooters essentially for no reason, other than because they could, for just the shameful act for a thrill .

Anyone with any information about the elk poaching incident, are asked to contact the Kentucky Department of Fish and Wildlife by calling 1-800-25-ALERT.