FACES OF HOPE: WE DO RECOVER, Aisian Lucas’ story…Completely Restored

Our next spotlight in the FACES OF HOPE: WE DO RECOVER series will focus on Aisian Lucas’s story, Completely Restored. 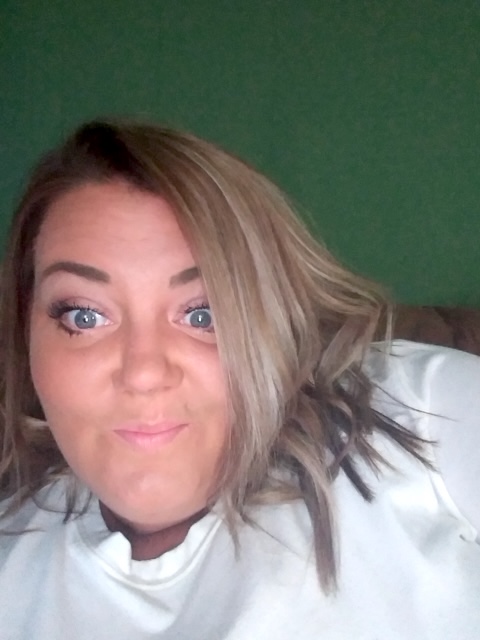 My name is Aisian Lucas, my sobriety date is October 29, 2014. I spent eight and a half long, miserable years in my addiction. This is my story.

Growing up, I lived with my younger sister and my mother, who is also an addict. Back then, I didn’t know she was an addict, but I should have had a good indication from her actions. Don’t get me wrong, my mother was the best mom she knew how to be, and I understand that today. Motherhood took my mother over the edge in her addiction I believe, and there was a period I didn’t see her for almost two years.  At the age of thirteen, my sister being ten years old, social services removed me from the only home I had ever known, and from my mother and sister. My sister went to live with her father’s family and I went to live with my aunt and grandma. I think that was one of the most traumatic things I have ever dealt with in my life. The fact that I had took part, at an early age, in raising my sister, and now we were separated. I went from having complete freedom and fending for myself to a strict set of rules from my aunt, and it was hard for me to adjust.

I always knew I was different, I always felt less than, or just felt like I was the outcast. While kids would be partying, I found my escape in books. I read to escape reality and pain. I didn’t want to think about what was going on, so I read to pretend to be someone else and live someone else’s live other than my own. I would go home of an evening and drown myself in homework or books until I fell asleep to ease my mind for years.

I did well in high school. I was the role model student; decent grades, nice and polite, but inside I would be screaming. I found myself many days contemplating suicide. I wondered for years how my mom could leave me and my sister, why she wouldn’t get better. I even remember standing in front her one time, and speaking the words, “I’ll never be like you!” I wondered why I didn’t fit in with the other girls, my mind raced daily of every question imaginable.

I ended up graduating, and going on to college. I was in my second semester when I had met this guy and a new group of friends. That was the end of my normal life. They were always partying, never seeming to care about anything. I wanted so badly not to care, to just let go. I found myself at the age of 18 trying pain pills for the first time. Little did I know, it would be many years before I could go a day without them.

The moment I felt the effect of the pain pills was the moment I handed over my life to them. I found myself dropping out of school, doing whatever it took to feed my habit. I stole, I lied, I cheated, and I lost respect from anyone I had ever known. I could go on and on about the things I did for drugs, but let’s face it, we don’t have that time. All I knew, was that I was no longer the person my aunt raised, I was no longer the Aisian that was loving and caring. I was now bitter, cold, and dead inside. It never occurred to me to quit doing the pills, because the sickness would be too much to bear, and I didn’t want to face the realities of life.

As time passed, I started using IV. That made things so much worse, it put my addiction on steroids. I would wake up every day like it was my job, get ready and go into a store to steal things, to later trade for dope every single day for a year. Luckily, I got caught. That still didn’t stop me, I would be out on bond and do it again. I got three different shoplifting charges and, lucky for me, in the state of WV, that’s a felony. I had stood in front of the same judge three different times, and the last time I went in front him he had enough.

Today I know that meeting that judge was ordained from God. He was fed up with me, but he also saw something in me that I didn’t see in myself. He told me that he wasn’t going to let me kill myself, and sentenced me to three years in prison. I had sat in jail for four months when he called me back to court on a reconsideration. He told me that he would let me try treatment, but his condition was that I go to a faith based program. Lucky for me, the judge was a member of Christ Temple, and saw the beauty within Karen’s Place. I entered treatment at Beth’s Blessing in February 2015, in Annville, KY.

Those four months I sat in jail, I believe I hit my rock bottom. I knew I wanted change, and I couldn’t live that kind of life anymore. I was ready to learn how to live without drugs. When I entered treatment, I went and was hopeful for the first time in years. Everything they taught me I held onto as if my life depended on it, because I knew it did. At the facility, out in middle of nowhere, I accepted God into my life, and when I did it was like a whirlwind. I held onto the hope that I couldn’t help myself, and I had to let something stronger than me save me. God sure did that, and when He showed up in my life He sure showed out.  It was a feeling I had never felt before, and I’ve stayed close since.

When I completed treatment I came home, and did what I knew to do, go to church. God had the rest. A couple girls approached me at that church with an idea of a ministry, and from there we ran with it. Today, at that same ministry, we get to see chains broken and souls saved weekly. I now work for the same company where I went through treatment. I am a wife today, I am a mother, and I have been completely restored.

I was sitting in a jail cell, and I was twenty six years old. I had nothing of my own, not even my child. I knew in my heart I was meant for so much more, and knew I had been given a second chance at life.

Feelings and emotions in active addiction

I felt as if I was existing, not living at all. I was always hopeless, and never felt good enough. I was dead inside.

My faith above all. I know that if God can save someone like me when I was in my addiction, that He can save anyone. I have people that look up to me today and people that count on me, one being my daughter. A scripture that helps me a lot in times of confusion is John 13:7 “You do not understand what I am doing now, but later you will understand.”

Advice for the addict still struggling

About six months ago someone very close to me relapsed. I was devastated, and couldn’t understand how I was supposed to deal with it. I had to pray a long time, and slowly it got easier. I blamed myself, because I couldn’t help him, and put the blame on myself. Today, I know that it wasn’t my fault.

What advice do you have for a family member of a person in addiction?

Never give up on them. Had I not had someone to have faith in me, when I didn’t in myself, who knows where I’d be.