CHASE BEGAN AFTER PRESTONSBURG POLICE ON SURVEILLANCE PATROL GET OUT OF THE BLUE TIP THAT HELPS IN DISCOVERY OF FINDING THEIR UNEXPECTED SUSPECT, DESCRIBED AS A ‘CAREER CRIMINAL’ 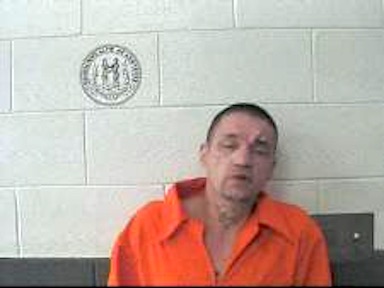 An early a.m. morning chase erupted in the city of Prestonsburg in Floyd County, after police officers who were conducting surveillance of potential drug activity, got an unexpected adventure they were not aware would be impending, after a call tip led to information about a wanted local felon who just happened to be headed to their location area.

According to a press release by Prestonsburg Police Chief Larry Woods, on Thursday morning, December 3, 2020, Prestonsburg Police Officers were conducting a lookout for drug activity while conducting a saturation patrol of a suspected drug dealer’s home in downtown Prestonsburg when they received information that Tommy Shepherd, age unavailable, from Open Fork Road, of David, which is located in northwestern Floyd County; was in Prestonsburg, and that he was a wanted felon in possession of a firearm, a large quantity of drugs and made statements that he was “not going back to jail”.

During that drug patrol, officers observed a 2014 Nissan passenger car registered to Martin Shepherd, age unknown, also from David, come to the area, then flee at a high rate of speed.

Patrolman Brad Caldwell followed the vehicle which he observed travel through downtown at a high rate of speed and cross into the wrong lane of traffic. Patrolman Caldwell attempted a traffic stop on the vehicle that then fled from him.

During the chase, the vehicle was brought to a stop by its operator, Martin Shepherd who was attempting to exit the vehicle.

As officers descended on the vehicle to attempt an arrest, Tommy Shepherd, who was the passenger and was forcing the operator to continue fleeing, jumped into the driver’s seat and pushed the accelerator and attempted to strike Patrolman. Zach Neice with the vehicle. In doing so, he struck Neice’s patrol vehicle and then continued fleeing to Kentucky 850 at David.

Once Shepherd reached a residence at Open Fork, he exited the vehicle and attempted to flee on foot, but was no match for Patrolman Jake Chaffins who apprehended a then fighting Shepherd. After a brief attempt to resist and get away from Patrolman Chaffins and Patrolman Neice, Tommy Shepherd was arrested and lodged in the Floyd County Detention Center on the following charges:

According to Chef Larry Woods, Tommy Shepherd is a career criminal who has been convicted of multiple prior felonies, and has been in and out of prison throughout his adult life and was again wanted.

Chief Woods praised his officers who on shift, declaring they exhibited service above self in an attempt to remove what they regarded as a violent danger to society from the streets, and maintain the law and order that the stakeholders of the City Of Prestonsburg expect, and that they did so in an unwavering fashion and without hesitation.