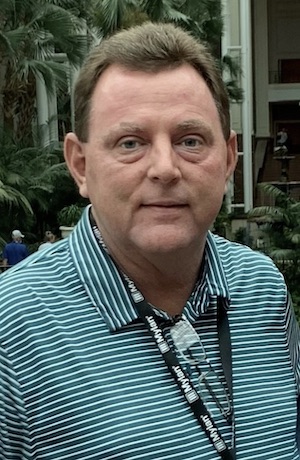 He was a pharmacist and partner in Riverview Pharmacy and Louisa Drug Store for twenty-nine years.

Private visitation will be held on Friday December 4, 2020 at the First Baptist Church Louisa.

Goble had been suffering from a lung ailment reportedly related to Covid-19 but his age and residence does not appear in the Governor’s daily report below. 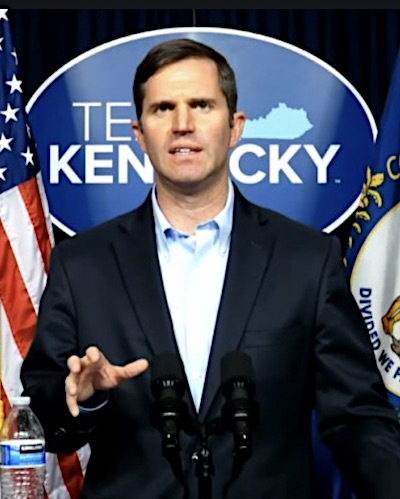 The White House Report for Kentucky said, “The COVID risk to all Americans is at a historic high. We are in a very dangerous place due to the current, extremely high COVID baseline and limited hospital capacity; a further post-Thanksgiving surge will compromise COVID patient care, as well as medical care overall.

“New orders put in place by the Governor should result in a rapid decrease in transmission if compliance is high.”

“We’ve got the foremost experts in the country saying we’ve got a winning game plan,” said Gov. Beshear. “The question is, is everybody going to do their part to execute that game plan? We can stop this surge. It’s in our hands. I certainly am going to try my best each and every day.”

On Wednesday, Dr. Steven Stack, commissioner of the Kentucky Department for Public Health, updated Kentuckians on projections for hospitalizations in December and January, which vary depending on statewide compliance with recent COVID-19 restrictions.

“Even when researchers at the University of Louisville analyze and look at the data and do their own modeling, they are finding, like others are in other places, that these measures are likely to reduce substantially the number of people in hospitals,” said Dr. Stack. “And remember, some of those people go into the ICU, some of those people are on ventilators – those can have long-term debilitating effects – and of course, some of them die. Every time we choose to disregard the guidance, we will see more people get infected, more strain on our hospitals and more loss.”

Top counties with the most positive cases today are: Jefferson, Fayette, Boone, Hardin, Kenton and Warren. Each of these counties reported 100 or more new cases; Jefferson County alone reported 686.

The red zone counties for this week can be found here. Community leaders, businesses, schools and families in these counties should all follow red zone reduction recommendations, as well as other orders and guidance.

Sixteen Kentuckians whose deaths were reported today were residents in long-term care facilities.The Governor reminded Kentuckians of the toll rising case numbers are taking on hospitals. Today, King’s Daughters Medical Center in Ashland will be using their Lexington Avenue Lobby as an overflow area for the emergency department.

A hospital spokesman told WYMT, “That lobby is right beside our ER, and we are seeing near record patient volume. We need the space to accommodate all our patients safely.”

Corrections Update
Today, Secretary of the Executive Cabinet, J. Michael Brown, updated Kentuckians on COVID-19 in the commonwealth’s 14 correctional facilities. Since the outset of the pandemic, there have been 2,706 inmate COVID-19 cases (310 are still active) and 425 corrections staff cases (82 are still active).

“We have lost 19 inmates due to complications from COVID-19 – including two deaths reported today; and two staff members,” said Secretary Brown. “The second outbreak that is underway at the Kentucky State Reformatory has hit the area we dreaded most, the prison’s Nursing Care Facility, which was not touched during the first outbreak at the prison this summer.

“On the positive side, our active cases among inmates have actually dropped, meaning that the testing and rapid detection of the virus in the population is enabling us to protect more people.”

Memorial
“On Friday, Nov. 20, COVID-19 took one of our frontline health care workers. Michael Rodriguez was a nurse at Norton Audubon Hospital in Louisville. He was only 67. We spoke with Michael’s younger brother, Reuben, who said Michael was always onto his next adventure,” Gov. Beshear said. “At 18, Michael purchased a motorcycle, and you could always find him riding one every day after. He loved being on the water, talking to people and just enjoying every moment.

“Years ago, Michael and his brother were working at an oil rig in California when one team member fell. While others presumed the man gone, Michael jumped in and performed CPR. He saved the man’s life. In that moment he told his brother he wanted to help others and moved home to Louisville to study nursing. Michael worked at Norton Audubon Hospital for 26 years. His team members at Audubon said Michael always had a smile, was easy going, never stressed and always provided the best care for the patients. He was a friend to everyone who walked through the hospital doors.

“The Director of Norton Audubon Hospital, Randy Hamilton, said he’d never seen anything like the hospital after Michael’s passing – he had made such a positive impact on everyone. From those who cleaned the hospital, to the nurses, doctors and patients – everyone was devastated by this loss. In addition to Michael’s brother, he also left behind his sister, Cynthia, his fiancé, Karen, and his three nephews. Today we mask up in honor of Michael, his family, and his incredible team members at Norton Audubon who are mourning this devastating loss, but still showing up each day to care for our people.”

Letter to the Editor---Electoral College