Tolsia Rebels football season ends but not on the field

Fort Gay, W. Va.– In a season with so much promise it ended with an emphatic thud this past Saturday for the Tolsia football team as the Rebels were forfeited out of the WVSSAC playoffs after Wayne Co. was too high on the COVID-19 color coded map. 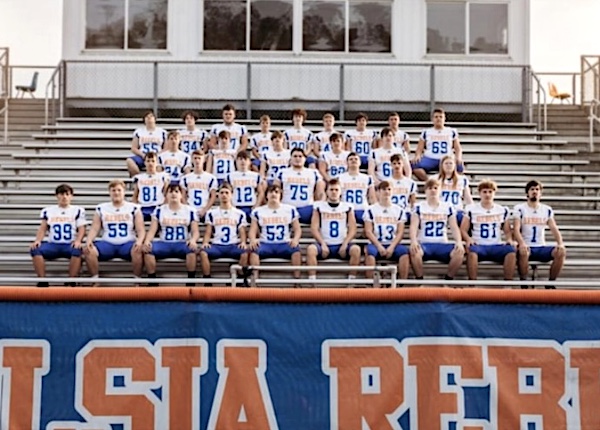 The #11 Rebels ( 5-2 ) were slated to meet #14 East Hardy ( 6-2 ) on Sunday afternoon at the friendly confines of Wilts Salmons Athletic Field before the map came out on Saturday at 5:00 and both teams were dismissed from the playoffs because of the color coded map.

The Cougars upset #3 Doddridge Co. 25-19 in the first round of the playoffs and the Rebels were awarded a victory over #6 Williamstown after Wood Co. fell on the wrong side of the map two weeks ago.

Tolsia went 4-2 in the regular season and came into the season with high hopes to make a run at a state championship with almost everyone back from a team that took state champion Wheeling Central to the wire in the first round of the playoffs last season before falling in the last seconds.

The team returned a nucleus that had been around since they were freshman and this was going to be the year they breakthrough.

Tolsia started out the season with a bang when they routed Richwood 32-0 in the season opener at home behind the running of John Wilson who scored 3 touchdowns.

In the second game also at home the Rebels absolutely demolished county rival Wayne 59-6 in a game that could have been much worse if not for Coach Eric Crum letting off the gas peddle. Gavin Meadows scored twice and Jesse Muncy threw 2 touchdown passes to Devin Stull.

In the third game Tolsia traveled out of state to East Carter and suffered their first loss of the season after the game was called by the East Carter administration with the Raiders leading 36-21 late in the third quarter. Zack Ball scored once on a long touchdown pass from Jesse Muncy.

In the fourth game the Rebels hosted Mingo Central in a game that was scheduled after a bunch of cancellations and the Miners pinned loss number two on Tolsia with a 28-22 victory. Muncy connected with Ball for a touchdown and John Wilson scored on the ground.

In a must win situation Tolsia traveled to East Fairnont and picked up win number 3 with a 22-14 victory over the Bees behind two touchdown passes from Muncy to Ball and a long interception return for a touchdown from Gavin Meadows.

Tolsia played their last game on the field October 23rd in a 28-12 road victory over Mount View behind two touchdowns from Tanner Copley along with a John Wilson touchdown run.

“… Very proud of the way our kids handled adversity. We have practiced for 5 straight weeks not knowing if we were going to play or not and haven’t had one absence. 39 kids have shown up daily, doing all the right things just to be ready to play.

“…Over the course of the season we have had zero positive cases of corona. The kids and staff have done exactly what was asked of them from our government and in the end that wasn’t enough. I think it shows the character of our 2020 football team to keep their heads down and continue to work.

“…We hate it for our seniors, we hate it for our entire team. We were poised to make a run and it’s just a shame they weren’t able to. We hope that all this class has done for the Tolsia community doesn’t go unnoticed. This group was special on and off the field.”