Thanksgiving makes us think the world of our farmers 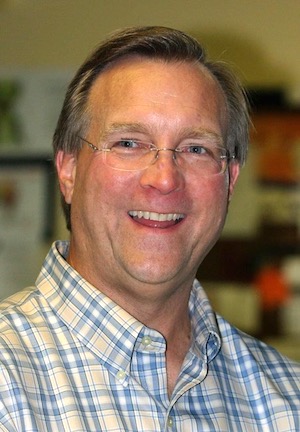 Of all the things we can be thankful for this Thanksgiving, let’s not forget that American farmers are selling rice to China.

Yes, you heard that right: under Phase One of the U.S.-China trade deal, our farmers are selling rice to the world’s largest rice producer.

Listen to the glimmer of hope for 2021 from Kentucky’s agriculture commissioner:

“2020 should have been the year of trade for agriculture, but it has been overshadowed by the pandemic,” said Ryan Quarles, who doubles as president of the National Association of State Departments of Agriculture.

“With that said, progress on China has been significant as they seem to be buying historic amounts of U.S. commodities of corn, soybeans, and—for the first time ever—rice.”

In the deal, China agreed to increase its purchases of U.S. goods and services by at least $200 billion over the next two years with 2017 imports as the baseline.

As you sit down for Thanksgiving dinner, socially distanced from family members, of course, add a prayer for America’s farmers. It’s been a tough few years.

To counter the negative impact of tariffs in the trade war with China, American farmers received tens of billions of dollars in federal subsidies in 2018, 2019 and 2020. On top of the pandemic this year, they were forced to weather storms and natural disasters.

With the grit that’s the hallmark of American farmers, they did their level best to cash in on the trade deal, where agriculture accounts for 22 percent of agreed-upon goals for transactions.

“Using the best methodology, we have calculated that China has purchased approximately 71 percent of its target for 2020,” according to an interim U.S. government report issued last month, covering eight months of transactions.

Assessing progress on the Phase One deal is complicated, and independent observers add cautionary notes.

“The key thing is that the 71 percent counts commitments that may not be realized soon,” said Wendong Zhang, an assistant professor in Iowa State University’s Department of Economics.

“Definitely, there is already significant improvements in the exports and commodity prices, especially in recent months,” as control of the pandemic has strengthened China’s economy, Zhang added.

On Oct. 13 the General Administration of Customs in China announced the latest data for the first three quarters of 2020, noting that China imported 91.39 billion yuan ($13.61 billion) of agricultural products from the U.S., an increase of 44.4 percent, according to a Xinhua (New China) news agency story from Beijing.

As you root for your favorite football team on Thanksgiving Day, add a special cheer for our U.S. farmers who are in a World Cup competition.

If there is any question that farmers live in a global economy, Zhang and his colleagues, Xi He and Dermot J. Hayes, put that to rest in a policy brief.

“We are optimistic that the Chinese will meet their Phase One projections and this will lead to greater opportunities for the American farmer,” said Quarles, elected in 2019 as president of the Southern Association of State Departments of Agriculture.

“At the end of the day, all American agriculture wants is access to foreign markets as the U.S. farmer is part of the safest, most abundant food supply in the world.”

We can be very thankful for that.

Buck Ryan is director of the Citizen Kentucky Project of the Scripps Howard First Amendment Center at the University of Kentucky. He can be reached at