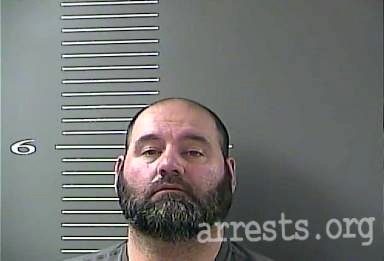 EX COOK SUPERVISOR AT FEDERAL PRISON IN MARTIN COUNTY, KY. Hank Williams ON INDICTED FEDERAL CHARGES AFTER TAKING BRIBE FROM INMATE WHO WAS MEXICAN MAFIA MEMBER TO HELP START DRUG SMUGGLING SCHEME INTO THE PRISON, AS WELL AS ENGAGING IN MONEY LAUNDERING FROM THE DRUG SALES DISTRIBUTION AT THE PRISON. (PHOTO TAKEN ON UNRELATED JUNE 17, 2017 ARREST IN JOHNSON COUNTY, KY).

A Floyd County man, who was a former cook supervisor at the United States Penitentiary Big Sandy in Martin County, Ky., was indicted in federal court on meth trafficking charges, along with many other charges.

Another former inmate at the U.S. Big Sandy in Debord, Librado Navarette, 34, of Ventura, California; was charged with one count of bribery of a public official and one count of possession of contraband. 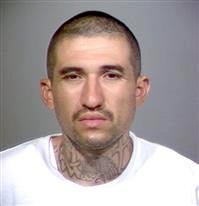 LIBRADO NAVARETTE, 34, OF VENTURA, CALIFORNIA; WHO WAS SERVING TIME AT U.S. BIG SANDY IN DEBORD, KY.; IN MARTIN, COUNTY, FOR DRUG TRAFFICKING FOR THE MEXICAN MAFIA IN CALIFORNIA

Librado Navarette was named in a November 2013 criminal complaint as one of 17 alleged gang members in Ventura County, California involved in drug trafficking linked to the Mexican Mafia, according to the U.S. Marshals Service.

It was believed Librado Navarrette fled to Mexico in 2013 when he was 27 years old to avoid prosecution. U.S. law enforcement authorities received information in July 2014 that Navarrette had been killed in Mexico but it was later discovered he faked his death using photos and a fraudulent Mexican death certificate, authorities said.

The U.S. Marshals Service got involved in the investigation hunt of Librado Navarette in late 2014, the agency said. Librado Navarrette, was located in Guadalajara, Mexico, sometime in January 2015, before being deported back to the United States later that month.

According to the federal courts indictments issued on November 18, it alleges that from March 2016 to September 2019, Hank Williams worked with others to distribute meth while being involved with money laundering.

The indictment further alleges Hank Williams, who was a public official, accepted a bribe from Librado Navarette. Hank Williams was also indicted for aiding and abetting to using the U.S. mail to possess with intent to distribute meth.

The investigation preceding the indictment was conducted jointly by the Department of Justice’s Office of the Inspector General, FBI, the United States Postal Service, and the Georgetown Police Department.

Hank William’s appearance before the United States District Court in Lexington, Ky. has not been scheduled. If convicted, Hank Williams faces a maximum sentence of 20 years in prison.

However, any sentence following conviction would be imposed by the court after consideration of the United States Sentencing Guidelines and the federal statutes governing the imposition of sentences.