LESLIE COUNTY WOMAN REPORTED MISSING IN EARLY PART OF NOVEMBER, AFTER BEING LAST SEEN IN LATER PART OF OCTOBER 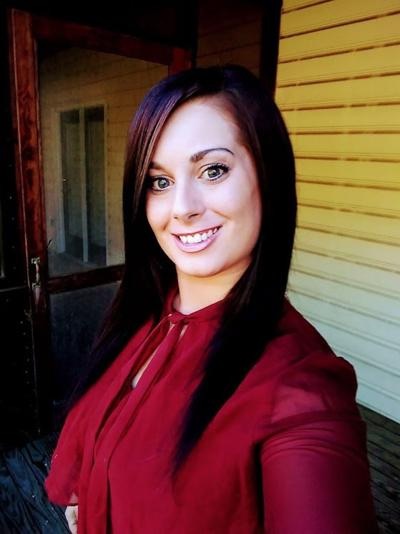 The Kentucky State Police-Post 13 is searching for a woman who apparently went missing in Knott County this past Saturday.

KSP troopers stated that Kelly L. Hampe, 29, of Frankfort walked away from a treatment facility in Pippa Passes, on Saturday, November 14.

Kelly Hampe is described as 5-foot-3-inches tall, and weighing between 120 and 140 pounds with red hair and blue eyes.

Anyone with any information on the whereabouts of Kelly L. Hampe are asked to call Kentucky State Police-Post 13, in Hazard at (606) 435-6069.

Missing woman from Leslie County: Makayla Collett, 21, of Hyden, Ky., who was last seen nearly a month ago.

Kentucky State Police-Post 13 are searching for a woman from Leslie County who has been reported missing now for closing in nearly a month.

According to the friends and family of Makayla Collett, 21 of Hyden, Ky., the last day they saw her was October 24th. Maykayla Collett was last seen on Middle Fork Road in Leslie County.

Maykayla Collett’s disappearance for such a long time now has left her family and friends in total emotional agony and tears, especially due to her being a single mother, with a toddler son..

“Baby girl mommy loves you so much and I need you to come home. Please let somebody know that you’re okay.” Makayla’s mother Marissa Nantz said in a tearful message to Hazard TV station WYMT.

For Lindsey Collett, who is Makayla Collett’s cousin and close friend, she feels like her many efforts on Facebook have not been enough.

“I was thinking about trying to get people to go and help me look for her here soon because it’s almost been a month and that’s not like her at all. She has a son and I don’t think she’d stay away this long.” Lindsey Collett said.

Kentucky State Police troopers say they received the missing person’s report on Makayla Collett on November 2nd. Right now, police are gathering as much information as possible to find out where Makayla could be.

“We’re gonna do everything we possibly can to make sure that she’s found and she’s found in safe condition and anything that we can do we’re more than happy to do.” KSP Trooper Matt Gayheart said.