Dawgs and Hawks open up the Playoffs tonight in Louisa at 7:00 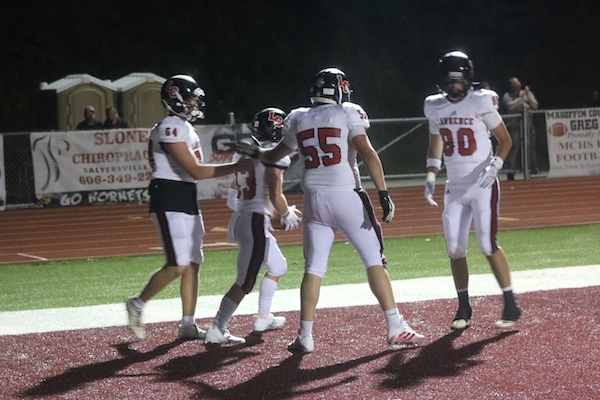 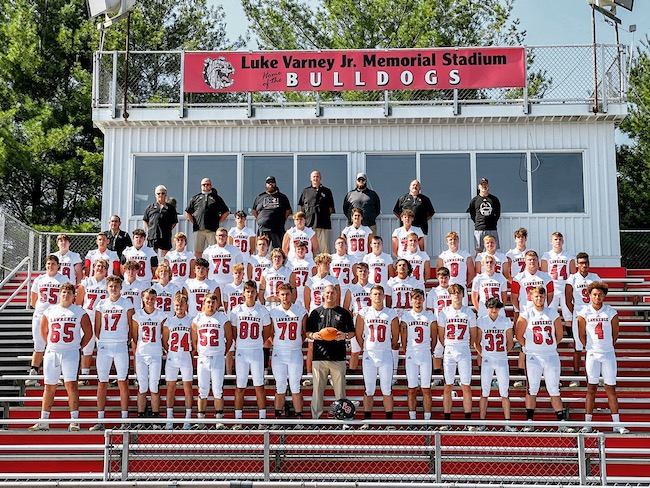 The two teams played a wild one back on October 9th as the Dawgs prevailed 29-28 as Alex Strickland found Andrew Tackett for a six yard touchdown pass with 12 seconds left and Logan Southers tacked on the PAT for the victory.

Lawrence Co. hasn’t played since a 40-24 road victory over Floyd Central which clinched the #2 seed in Class 3A District 8 and a home playoff game in the first round.

Junior QB Alex Strickland has scored 5 touchdowns and had a good year and has gotten better each week. Junior RB Blue Fletcher has been solid all year and scored 2 touchdowns, Sophomore Dylan Ferguson has been consistent throughout the season and is the Dawgs leading rusher with 439 yards he has also scored 4 touchdowns. Junior Douglass Hall has scored 3 touchdowns.

Senior Danny Hall is the leading receiver 121 yards on 7 catches. He has also been a leader on defense.

Seniors Brandon and Kyle Davis have been steady along with Sophomore Caden Ball on defense.

Junior Noah Iricks is the leading tackler for the Hawks.