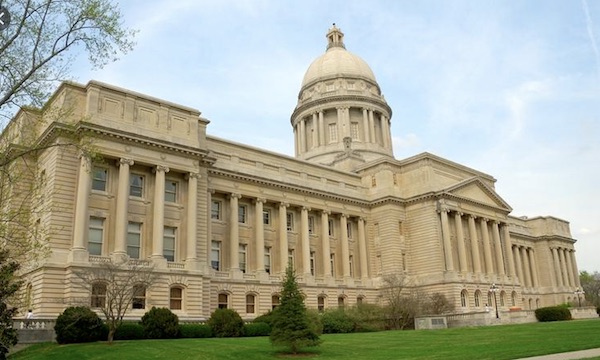 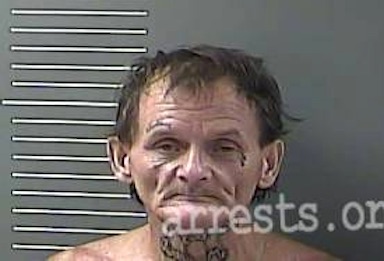 CRAZY…LIKE A FOX? GARY HAVEN COCHRAN, 52, OF LOWMANSVILLE, IN LAWRENCE COUNTY, MUGSHOT PHOTO FROM OCTOBER 4, 2018 ARREST BY THE LAWRENCE COUNTY SHERIFF DEPARTMENT; HAD THE CHARGES FROM THE CASE THAT HE WAS FOUND GUILTY IN HIS FEBRUARY 2020 TRIAL, HAD HIS CONVICTION OVERTURNED AND WAS GIVEN ORDER TO GET A NEW TRIAL BY KENTUCKY SUPREME COURT LAST MONTH.

A Lawrence County man who was convicted in a drug case nine months ago in a trial where he was allowed to represent himself as his own attorney, had his conviction overturned by the Kentucky Supreme Court last month, and was ordered by the state supreme court to be given a new trial; in a ruling by the highest court judges giving a decisioned stinging rebuke to all sides of the courtroom officials in the trial.

Or others on the other hand could see the decision and argue of the top state court overreaching and giving too much rights and sympathy to a criminal in regards to his due process of claiming both bias and allegedly outright incompetence during the judicial process.

On Thursday, October 29, 2020, the Kentucky Supreme Court, in a 5-to-2 decision, gave a ruling that Gary Haven Cochran was not made aware by Lawrence County Circuit Judge John David Preston of the dangers and the disadvantages of representing himself at his trial.

The Kentucky Supreme Court reversed Gary Haven Cochran conviction, and sent his case back in their order to the Lawrence Circuit Court to get a new trial.

In their summary decision, the high court wrote in their ruling: “Over forty -five years ago, the United States Supreme Court held a defendant wishing to represent himself could not be forced to accept representation by a court-appointed attorney, so long as he is made ‘aware of the dangers and disadvantages of self-representation, so that the record will establish that he knows what he is doing and his choice is made with eyes open,'” the Kentucky Supreme Court said in their ruling.

“While ‘no magic words’ or specific colloquy are required, trial courts must ensure the decision to relinquish and proceed pro se is made ‘knowingly and intelligently.’ The record before us reveals the trial court failed to ensure Gary Haven Cochran’s waiver of counsel was made with his ‘eyes open,’ resulting in structural error requiring reversal and remand for a new trial.”

In February 2020, Gary Cochran was convicted by a Lawrence County Circuit Court jury of

The charges stemmed from Gary Haven Cochran arrest on October 4, 2018 by the Lawrence County Sheriff Department. Cochran was originally charged with ten offenses, which were:

The First-Degree Persistent Felony was added when Gary Haven Cochran was indicted by a Lawrence County Grand Jury in December 2018.

After Gary Haven Cochran’s indictment on the charges in December 2018, Cochran’s first two court-appointed attorneys were permitted to withdraw from representing him “based on alleged conflicts which are not fully explained in the record,” the Kentucky State Supreme Court said.

Before having a pretrial hearing in January 2019, Gary Cochran alleged in a pro se motion that conflict existed with his latest court-appointed lawyer, and he asked that he be allowed to act as co-counsel, the Kentucky Supreme court said.

The prosecutor told the judge that Gary Cochran had previously been found “very competent” to represent himself in a previous case and that he “believed that nothing had changed since that time,” the Kentucky Supreme Court continued in their ruling.

Judge John David Preston then heard 10 motions Gary Cochran had previously filed, orally denying most of them, but Judge Preston did grant a motion request made by Gary Cochran to have a speedy trial and setting a February 2019 trial date.

“No additional discussion nor ruling – oral or written – appears on the record regarding Cochran’s request to act as co-counsel,” the Kentucky Supreme Court said.

During the trial, Gary Cochran’s counsel, ” did not actively participate nor assist Gary Cochran in presenting his defense,” the Kentucky Supreme Court said.

“Counsel’s only involvement during the trial was arguing motions for directed verdict, and making a short statement on Gary Cochran’s behalf during the sentencing phase, after Gary Cochran overturned the counsel table in view of the jury, had been taken out of the courtroom, and had refused to return.”

The Kentucky Supreme Court found that Judge John David Preston “asked not a single question related to Gary Cochran’s motion to act as co-counsel to determine the propriety of the request, made no findings thereon and never made an explicit ruling on the motion.”

The Kentucky Supreme Court rejected the commonwealth’s attorney argument that Gary Cochran previous inactions with the judicial system, his basic familiarity with procedural and evidentiary rules, his ability to make objections during trial”, and his qualification to represent himself in a prior case “somehow obviated” the need for a hearing in the latest case.

Editor’s Note: Gary Haven Cochran (Mills) has a long and extensive criminal record including a murder conviction in Martin County that he served time in prison for.