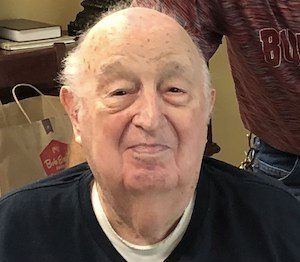 Mr. Davis was born June 9, 1928, in St. Louis, Missouri, to Geoffrey and Blanche Davis. He married Lucille Bledsoe on June 14, 1952. After high school, Mr. Davis served in the United States Navy from 1948 to 1950. He worked most of his life for the Ramsey Piston Ring Company (later a division of TRW Automotive), retiring in 1990. Mr. Davis’ hobbies included woodworking, gardening, traveling and playing cards. He was a member of the Sullivan Volunteer Fire Department and served as head usher and chair of the board of trustees of the Grace United Methodist Church in Sullivan. He was later a member of the First United Methodist Church in Louisa, Kentucky.

Mr. Davis was preceded in death by his wife, his parents and by one brother, William John Davis, and one sister, Martha Elizabeth Schoonover.

Private memorial services will be held at a later date.

Young Funeral Home has been entrusted with the care of Mr. Davis and his family.

ROADS TO GET REPAIRS LISTED AT COUNTY NOVEMBER MEETING