ONE HEADLIGHT….LEADS TO 20 CHARGES (AND NOT THE FIRST TIME A TRAFFIC STOP HAS HAD 10 OR MORE CHARGES FOR SALYERSVILLE MAN) 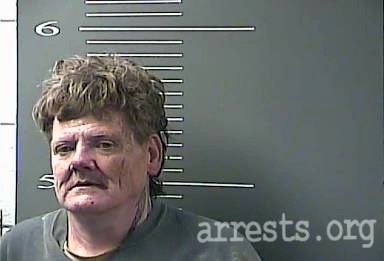 REPEAT…& REPEAT….& REPEAT OFFENDER: BILLY SHEPHERD, 46, OF SALYERSVILLE; GOT AN UNLUCKY LATE NIGHT FRIDAY 13TH AFTER GETTING ARRESTED BY THE MAGOFFIN COUNTY SHERIFF DEPARTMENT, GETTING WRANGLED UP FOR 20 CHARGE OFFENSES.

Friday the 13th was an unlucky day for a notorious Magoffin County man, who is well known to area law enforcement due to his long criminal history spread over 7 regional counties in the past 18 & 1/2 years, finds himself in deep criminal malaise again, after an attempted traffic stop for driving with one headlight. Instead it led to a a vehicle pursuit, into a foot pursuit, finally ending with his arrest after physically resisting the arresting officer.

Details are limited at this time, but on late Friday night, November 13, around 10:00 P.M., a Magoffin County deputy attempted to conduct traffic stop on a vehicle that was on the night time roadway with only one headlight The deputy recognized the driver as Billy Shepherd, 46, of Salyersville, Kentucky; a well-known convicted felon, who had many numerous run-ins with police through the years in Magoffin County, and surrounding counties as well.

After the arrest, the vehicle Billy Shepherd was driving was searched, revealing why Shepherd had fled, as a large quantity of multiple drugs were found (as well as no legal documents for the vehicle).

In all, Billy Shepherd was smacked with a total of a whopping 20 criminal charges, which are as the following:

This latest criminal escapade by Billy Shepherd has got the most number of charges in a single arrest, but he has a very long criminal history, on an extensive range of charges and offenses. Adding his latest arrest, just since March 1, 2002, Billy Shepherd has been arrested at least 37 times, for a total of at least 160 felony, misdemeanor, and motor traffic violations; in 7 counties; consisting of Magoffin, Morgan, Johnson, Wolfe, Perry, Clay, and Breathitt County.

In addition, besides serving a short period in state person a couple years ago, Billy Shepherd’s record goes further back into the 1990s, for felony DUIs and other crimes. Billy Shepherd has had close to twenty DUI arrests in the past 25+ years (In September 2002, he was already getting a 4th DUI arrest).

In seven of Billy Shepherd’s arrests that had the most charges, six were the result of traffic stops and/or vehicle chase pursuit, while the seventh one involved a foot chase by police officers. The number of charges and dates in Billy Shepherd’s six highest tally arrests consist of:

Billy Shepherd’s most recent previous arrest was on March 3, 2020, when he was nabbed by the Magoffin Sheriff Department on four charges; 2 felonies, and 2 misdemeanors, which were:

• POSSESSION OF FIREARM BY CONVICTED FELON.

For his Friday the 13th, 2020 arrest on 20 charges; Billy Shepherd remains in the Big Sandy Regional Detention Center in Paintsville, Ky., where he is being held on a $25,000 all full cash only bond.