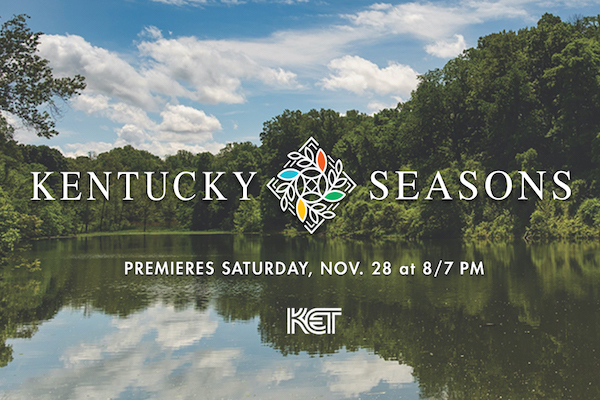 The stunning natural beauty of the Commonwealth is on full display in the new KET specialKentucky Seasons, a 90-minute safari of the state’s most scenic locations as well as many of its hidden gems. The special—which unfolds without narration, accompanied solely by an orchestral score—takes flight over the Commonwealth, transporting viewers to picturesque lakes, forests and waterfalls, all while highlighting the animal and plant life discovered along the way.

Filmed over the past year, the special draws from hundreds of hours of footage captured by KET’s videographers and photographers. They trekked to more than 45 of Kentucky’s most breathtaking natural haunts, including Cumberland Falls and Ballard Wildlife Management Area, as well as lesser-known spots, such as Beargrass Creek and Lower Howard’s Creek. Utilizing motion-capture technology, slow-motion video and drone photography, this video essay presents a never-before-seen look at our magnificent state.

Special thanks to KET’s Endowment for Kentucky Productions for its support of Kentucky Seasons.

KET is Kentucky’s largest classroom, where learning comes to life for more than one million people each week via television, online and mobile. Learn more about Kentucky’s preeminent public media organization at KET.org, on Twitter @KET and at facebook.com/KET.