The two important days that passed recently turned my thoughts to memories from when I was growing up. The earliest memory I have of Veterans Day was a mental snapshot of a patriotic parade on Madison Street complete with floats. One flatbed trailer had a living display of the flag raising on Iwo Jima modeled closely from a photo printed in magazines and newspapers everywhere. The populace enjoyed the effort by shouting, waving small flags and cheering the actors for their efforts. Some older veterans saluted and stood at attention, often with watery eyes as they remembered. Emotions were strong and even if I didn’t understand, I had to respect what I was seeing.

The Election Days that I remember became more important to me in my late teen years. At first I remember the slogans and campaigning by one party or the other and ‘cat calls’ from those who dissented in favor of 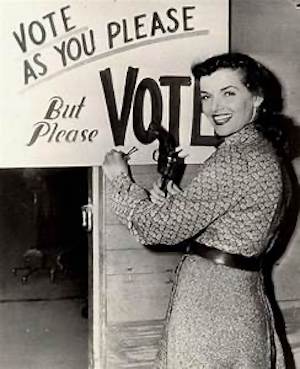 the other candidate. When I grew older I finally joined the crowd gathered at Doc Skagg’s Drugstore downtown. This was election central for the county and where all the votes were posted as they came in from outlying precincts. My great-aunt Shirley Chapman worked at the courthouse across the street. She was one of several who counted the votes found in the opened ballot boxes. Once one batch was done the totals were sent across the street to the drug store for posting on the giant slate blackboard that covered a wall just inside. Few women were ever there, and then only to pick up a prescription. It was the menfolk who filled the whole store with loud talking, boasting, or even cursing. The spittoons were full and smoke hung heavily in the stale air making my eyes water. Through the din I remember the cheers that went up when the man on the ladder added fresh numbers showing a candidate in the lead. Of course I heard an occasional groan when it appeared the count was going another way. I never stayed long because as a kid I didn’t feel welcome and it seemed some of the men were intoxicated.

It was many generations before it became possible to collect the votes digitally. In those days it took people like my aunt, who was an educated and trusted mathematics school teacher, to open the ballet boxes once the sheriff had unlocked them. The paper ballots were saved in case a recount became necessary. While the winners were sometimes known fairly early the counting would sometimes go very late into the night. Meanwhile, I remember running the sidewalks downtown, back and forth through the crowds to see what might happen next. I member seeing the red, white and blue bunting and American flags everywhere. Firecrackers went off in spite of a law that prohibited them. Election Day was important. School was out and many offices closed for the day. As was the habit back then, stores that were open closed at five. This allowed the workers to go home, have dinner with the family, and spend the evening on their porches. On Election Day, the old men would be downtown and the kids would have a light meal or a sandwich.

In those days Lawrence County Kentucky was dry. Even so there were plenty of folks that smelled of booze on these special days. Some were passing a flask around sharing smuggled spirits to anxious hands reaching for their fair share. No one was enforcing law that I could see. In fact, at one point I felt that the streets were becoming unsafe when one of two the men got their fill of intoxicating drink. It wasn’t quite the ‘old west’ of yesteryear, but neither was it far off. This young fellow saw the signs and turned to take himself home.

When winners were announced the real fireworks began. I sat on my front porch and listened to the ‘pop-pop-pop’ of rockets fired anonymously into the air. Things soon calmed down and we counted another job well-done by my aunt and others who severed at the courthouse. At least they had been protected from the wild crowds. 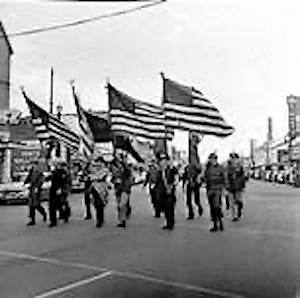 I remember very little of the Truman election and was surprised when Harry was returned to the White House. I remember the campaign buttons in another election year that read, “I like Ike!” I did but wasn’t old enough to vote. It was just after I graduated that the Nixon-Kennedy election provided me an opportunity to vote. Election Day came when I was already in the Air Force. I voted absentee with my company commander witnessing my marking the ballot. I served in the military under President Kennedy and heard of his being shot in Dallas on my car radio on my lunch break. My Commander-in-Chief was dead. It was almost at once, that America changed.

What I had experienced had made me grow up. Both Veterans Day and Election Day now had a personal meaning to me. Like everyone, I grew tired of the campaign ads, personal accusations, and endless calls for support and donations. Add to that the emails, and junk mail wears me down and makes me a bit sad. Even so, what ultimately happens to this nation means more than who wins. It’s about who we are as brothers and sisters that are the American people. I salute our servicemen and my fellow veterans and continue to hold out hope for the future of this great nation. 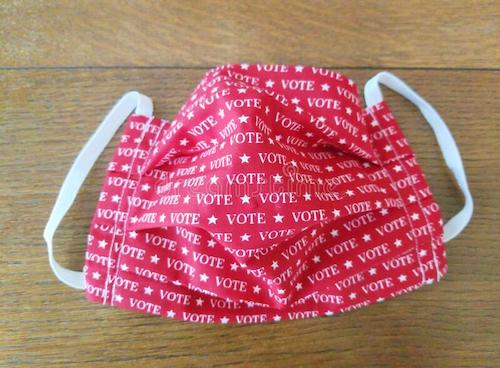