SENATOR PHILLIP WHEELER: A SALUTE TO OUR VETERANS 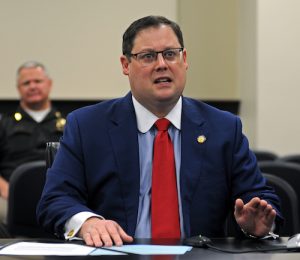 SENATOR PHILLIP WHEELER: A SALUTE TO OUR VETERANS

As the end of 2020 quickly approaches, we pause to observe Veterans Day. I cannot think of a better national holiday to celebrate following a tumultuous presidential election. Unitedly, we share our most significant appreciation for our military heroes and the freedoms they have fought and died to defend.

Here’s a brief history lesson for those of you who might not be familiar with the founding of Veterans Day: In 1919, President Woodrow Wilson declared November 11 to be Armistice Day, a day to recognize the end of the First World War. President Wilson stated that the day would be “filled with solemn pride in the heroism of those who died in the country’s service and with gratitude for the victory.” Armistice Day did not become a legal holiday until Congress officially ratified it in 1938.

Fast forward to 1954, after the United States participated in more armed conflict in both World War II and Korea, Congress changed the name to Veterans Day to honor all former military service members.

Today, we celebrate the November 11th holiday with the same sentiment: to pay tribute and observe the many hardships our military men and women have endured. While many of you will surely enjoy the day off, I would encourage you to take a moment to honor and reflect upon the sacrifices that were made by our heroes in uniform, both past, and present.

While the interim is coming to a close, the Senate is actively preparing for the 2021 Regular Session. If you have any questions or concerns regarding what to expect or what you would like to see discussed when the General Assembly reconvenes, please feel free to reach out to my office and let your voice be heard. As always, it is an honor to represent you in Frankfort.

My own father-in-law Thomas Epling is a 90 year-old Korean War Veteran who proudly served his country and still stands proudly for the flag for which he, and generations before him, so valiantly fought to defend.  I would like to extend my sincerest gratitude to all who have raised their hand and sworn an oath to protect and defend our nation. Even amid chaos, your service and dedication remain unmatched for it is to you that we turn to spark that unique American patriotism so often found missing in our younger generations – a respect for God, our military, our flag, and our Great Nation.  We know that you are ready to serve.  God bless.

Note: Senator Phillip Wheeler (R-Pikeville) represents Kentucky’s 31st State Senate District, which includes Elliott, Lawrence, Martin, Morgan, and Pike Counties. Senator Wheeler serves as the vice-chair of the Senate Standing Committee on Natural Resources and Energy, as well as Senate co-chair of the Interim Public Water and Wastewater System Infrastructure Task Force.  He is a member of the Senate Standing Committees on Judiciary, and Appropriations and Revenue. Senator Wheeler is also a member of the Budget Review Subcommittee on General Government, Finance and Public Protection; the Program Review and Investigations Committee; the Government Contract Review Committee, and the 2020-2022 Budget Preparation and Submission Statutory Committee. For a high-resolution .jpeg of Senator Wheeler, please visithttps://legislature.ky.gov/Legislators%20Full%20Res%20Images/senate131.jpg